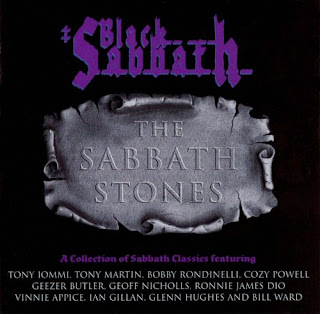 Have you ever heard of Paul C. Mawhinney? It's a great story, really. He used to own a record store in the USA called Record-Rama, that would sell and buy all kinds of music - and Mawhinney, an ardent collector, would keep a copy of every single slice of vinyl he ever sold. In the early 2000's, he had amassed over 3 million items, arguably the largest particular record collection in the world at the time. But large retailers and p2p downloading squeezed Record-Rama out of business, and health issues forced Mawhinney to list his collection for sale. It took him many years to find a buyer, so he sold portions of his archive to unknown individuals before Zero Freitas, a Brazilian collector who has over 8 million records in his possession and reportedly intents to create a museum out of it, came out and splashed the cash to have the remaining stuff. After finally selling such an impressive catalogue, Paul Mawhinney became a very rare type of human being: an ex-collector. In fact, he is probably the greatest ex-collector in the whole damn world. Selling over 3 million pieces you took a lifetime to gather - just think about that.

Why am I saying all this? Well, first of all because I thought it would be funny and enlightening enough to justify the effort, but also because I feel it would be an illustrative metaphor to the sheer irrelevance of this compilation from Black Sabbath. Given the release date, I'm almost entirely convinced Mawhinney owned a copy of "The Sabbath Stones", and I'm also pretty sure Zero Freitas must own at least one piece too, gathering dust in a warehouse or something. Still, I'm willing to bet all my chips that none of the two ever gave a single spin on this album, simply because there never was any reason to do so - and this is what I think will happen to you, dear reader, if you ever bother to add this one to your (probably way way smaller) collection.

I wasn't even going to review this one, you know. But it served an important purpose in Sabbath's chronology, as it fulfilled pending contract obligations with I.R.S. and allowed the much-anticipated reunion with Ozzy Osbourne to become a reality, so I finally decided it deserved at least a mention around here. But the futility of such a release is otherwise inexcusable, you see: not only it restricts its scope to the mid-80s period onwards (a notoriously difficult and uneven period in Sabbath's run), but also seems to have been compiled at random, as no credible criteria will justify inclusions such as "Guilty as Hell", "Evil Eye" and "Heart Like a Wheel", to name a few. These tunes were no standouts even in the original albums, let alone in such an impromptu compilation like this one.

One would perhaps be inclined to say it's one for completists, but what good such a collector can get from buying it? No outtakes or alternate mixes, no remastering, the liner notes are dull and riddled with mistakes, and all this housed within a pretty atrocious artwork that was probably finished 15 minutes before printing. "Loser Gets it All" is the sole focus of interest here, as it was originally released only in Japan as a bonus for "Forbidden", and it's a decent tune that should have made it into the standard album if you ask me. But it's probably easier to locate a Japanese version of the original CD than tracking down this compilation, believe it or not (it was never officially released in the USA, for instance), so the wisdom of purchasing "The Sabbath Stones" remains largely in question.

I'll give it a 2-star rating on musical merits alone, as an album with "Headless Cross", "The Shining" and "TV Crimes" cannot be treated with complete derision, no matter how second-rate the package is. But only those really obsessed with Black Sabbath should spend any money on it, and it's a sad state of affairs when the idea of having a full Sabbath collection is the only thing that can possibly justify such an investment. It's the downside of being a collector, you see: some (or many) items will be there just to fill space, and the fact that you know it beforehand makes the purchase even less appealing. To each his own, I guess.

Have you been involved with any of the bands mentioned here? Have any extra info and/or corrections? Please e-mail me at drequon@gmail.com and let me know!
Postado por Drequon às 11:12