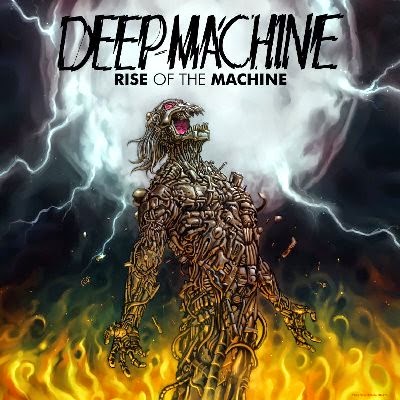 I must admit it: though I was obviously excited about having the chance to finally listen to a full CD from Deep Machine, there was also a bit of fear of what was waiting for me after pushing the "play" button. I mean, much of what makes a band legendary exists nowhere but in our imagination: you listen to all those poorly-recorded demos from the 80s, spend years and years wondering how great it would be if all those marvellous songs had been immortalized on at least one proper LP and then lo and behold, Deep Machine is back on the road and "Rise of the Machine" is out. The real world will never be exactly the same as your imagination, and it sometimes can truly spoil the listening experience (although in some cases, such as Hell, the surprise is undeniably positive). So there I was, a fan of Deep Machine whose little dream finally comes true, knowing that a single listen would, in a sense, change things forever. But oh well, there will always be Mendes Prey or Tranzzam to fantasize about, so let's cut the crap and went straight to the album review, right?

This particular incarnation of Deep Machine is the one captained by guitarist and main songwriter Bob Hooker - there's also an alternative band, acting under the name The Deep and presenting a few former members of Deep Machine. That means Deep Machine 2014 is directly related with the earlier days of the band, bearing no connection with any formations put together after Hooker being replaced by Kevin Heybourne (of Angel Witch fame) in 1981. So don't expect renditions of "Nightstalker" or "Saga" around here, such songs being far more suited to The Deep than today's Deep Machine. Alongside Hooker, the new incarnation of Deep Machine presents Lenny Baxter (V), John Riley (B and not the main character of a Byrds' song, incidentally), Chas Towler (D) and a shady individual who rather call himself Beastie (G). They are a strong unit and it shows throughout the CD, so rest assured there's nothing to complaint about when it comes to individual performances.

As for musical contents, I think opening song "The Wizard" sums it all perfectly. It's a memorable song and truly an obscure classic of NWOBHM, but this particular recording reach less-than-impressive results - mostly because the band chose to completely change the chorus, replacing the memorable many-words-in-a-roll original for predictable, metal-by-the-numbers "you will sense the fear / when the wizard is near" nonsense. Was it all just so vocalist Lenny Baxter could be credited as a songwriter too? Though it's by far the most radical (and least sucessful) attempt to fix what was not broken, it's not the only time that "Rise of the Machine" sounds like Deep Machine is just trying too hard to recreate themselves in a way that wasn't really necessary. It's not a major issue, but it gets quite annoying sometimes and it prevents this CD from being even more enjoyable. 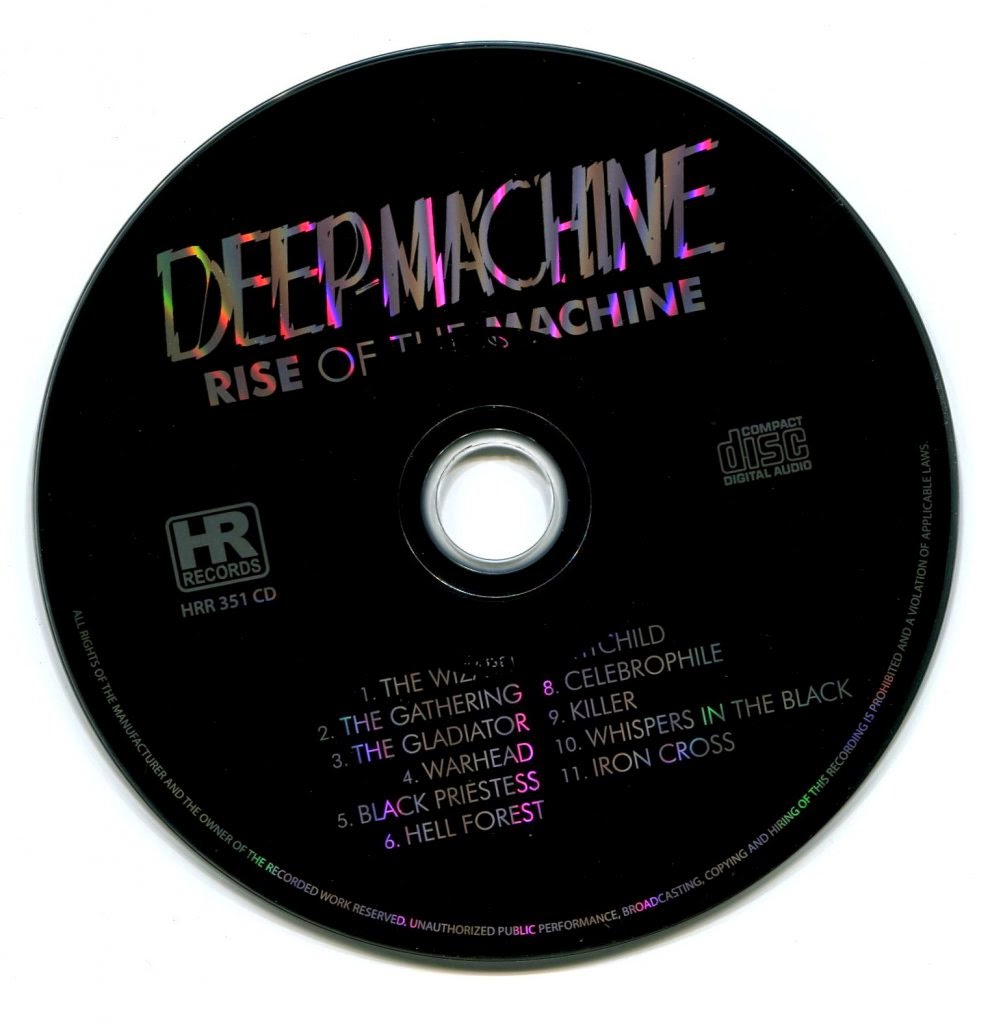 The best moments of this album are on "Witchild" (as strong as it should be), "The Gladiator" (I always loved its simple-but-memorable riffing) and "Hell Forest" (surprisingly upbeat version here). New songs such as "Whispers in the Black", "The Gathering" and "Celebrophile" are good enough and show that the band can still write pleasant music, so we're not let down in that sense either. But there's a few disappointments here and there, such as the aforementioned "The Wizard" and "Iron Cross" (seriously lads, leave that good old choruses alone!), that truly fail to live up to the expectations. Old chestnut "Black Priestess" is a remarkable piece of songwriting in an Angel Witch vein, but the changes in singing, although subtle, sounded a bit too strange to my ears. And I really miss "Demon Preacher" for instance, one of the finest songs Deep Machine ever wrote - though it can be included in a future release, who knows?

All things considered, though, "Rise of the Machine" is still much more of a triumph than anything else. Their small-but-loyal fanbase will undoubtedly be happy that their longtime heroes were able to deliver a nice CD after all these years, and I wouldn't demand for more. It's not the album of my dreams, but no one can enter my brain to find out exaclty what my dreams are, so I guess things are fine the way they turned out to be. NWOBHM fans (and I know you're out there) are well advised to give this record a chance. 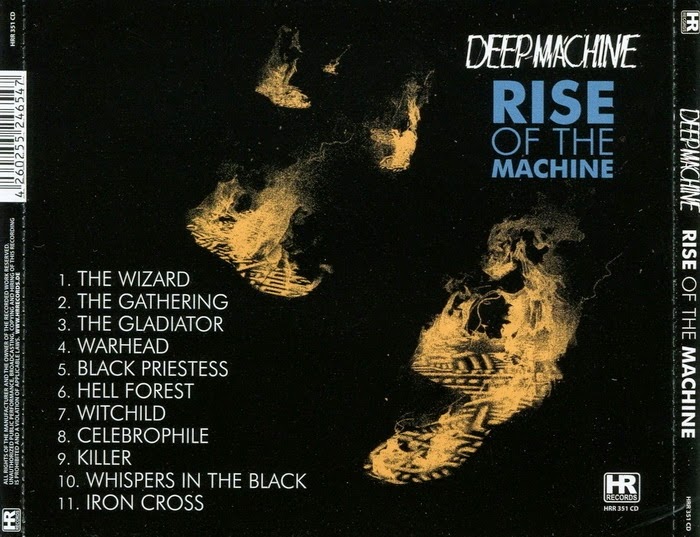 Have you been involved with any of the bands mentioned here? Have any extra info and/or corrections? Please e-mail me at drequon@gmail.com and let me know!
Postado por Drequon às 14:21 Nenhum comentário: