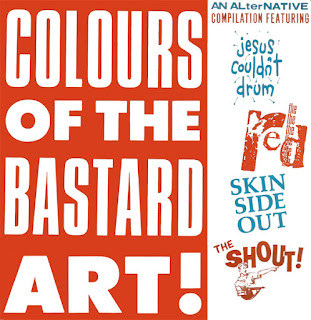 When NWOBHM aficionados started to look for local-band compilations in order to unearth some seriously obscure metal (a phenomenon that didn't really take over until at least the late 1990's), every purchase would be pretty much a step in the dark, as no one really knew what was out there. Some LPs have a fair proportion of heavy metal hopefuls, while others, well, simply don't. The bizarrely-titled "Colours of the Bastard Art!" is one of those who doesn't offer much, though it became slightly more well-regarded among collectors in recent years. Assembled by Lost Moment as an "alternative collection" to showcase bands already signed with the label, this slice of vinyl is not explicitly dated, but it's reasonable to assume it came out in late 1984 or sometime the following year, judging by the parallel chronologies of many acts who contributed to this sample. Most of the tracks here featured are far removed from the usual NWOBHM ethos, so there's not much reason to delve into an exhaustive analysis of the album's contents, though I still think it's worth dropping a few lines about it for history's sake.

If all you're looking for are the heavier acts and you couldn't care less about the rest of the pack, I'd suggest you to go straight to Orion's "Storm", as it's (sorry to say, but it's true) the only band truly worthy of the NWOBHM tag. It's a very different take from what appeared (supposedly) earlier on their "Insane in Another World" 7'' single from 1984, with a less grandiose, more down-to-earth production and mix, not to mention a much more punchy (and interesting) vibe. Labeling Orion's music as total Queen worship is one of the most facile descriptions I'll ever write in my life, but it's inescapable nonetheless, as the feeling of being listening to a "Flash Gordon" leftover track (as Malc McMillan already pointed out in his NWOBHM encyclopedia) is too strong to be ignored. They somehow even managed to make all guitar histrionics sound very similar to Brian May himself, which comes to show just how committed they were to the cause. It's all very upbeat and catchy anyway, and it's always heartwarming to hear such a young ensemble making serious efforts to write sophisticated heavy music, so I guess most NWOBHM fans are likely to enjoy listening to this one.

Though the percentage of bona fide British metal is nearly nonexistent around here, it's not like all other tracks included should be mercilessly scratched with a pen knife or something. Sugar Glyders is perhaps the second best of the lot, with their "Jericho" contribution being a reasonably adventurous piece of songwriting with pretty decent vocals and a nice chorus to match. They were surely an act with originality in mind, and this particular track reminds me of Charlie 'Ungry a little (most of all their "Preacher" tune), which is decent enough praise in my book. Not very heavy (even a bit lightweight actually, most of all in the guitar department), but still a dynamic, charming song that may be of interest for broad-minded hard/heavy enthusiasts. 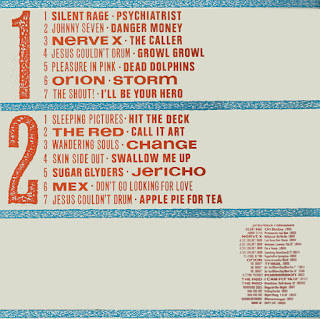 Silent Rage's "Psychiatrist", on the other hand, captures the listener's attention by conjuring a peculiarly disturbing feel through most of the track, thanks to a tension-building use of keyboards and considerably busy (not to say borderline metallic) guitar work. It's new wave/post punk in all its glory, readers take note, but it's also a pretty decent attempt to write a song about mental disturbance, so I reckon it deserves at least a modicum of attention. The Shout! is also passable, I guess, with their "I'll Be Your Hero" number being a considerably catchy and pretty straightforward punk rock that doesn't overstay its welcome, which is already a thing to appreciate if you ask me. Nothing you haven't heard countless times before, that's for sure (they even employ the obligatory fake Cockney accents, you see), but still OK. Our final entry for the not-truly-memorable-but-also-not-that-bad file, Mex brings "Don't Go Looking For Love" to the tracklist, featuring some hard-rocking guitars and a sleazy chorus that reminds me of none other than Silverwing - an unexpected state of affairs when you consider their underground cult status as post-punk/art rock pioneers. An odd one for sure, but worth a listen.

Despite its minor moments of interest, most of "Colours of the Bastard Art!" is far from impressive to be honest, with Nerve X (unspectacular new wave with quirky horn arrangements and slightly reminiscent of the most oddball moments of The Clash), Johnny Seven (pop rock with female vocals and feather-weight guitar work), Skin Side Out (new wave with B-52's-style vocal melodies and a bizarre - and not very functional - song structure), The Red (alternative rock with very little to write home about, sorry about that), Wandering Souls (ditto, but at least they tried to liven things up with an ill-fated, percussion-lead interlude) and Pleasure in Pink (generic pop/rock with tons of female vocal harmonies and a strong cabaret feel) all lacking enough distinctive features to stand out in the crowd. Similarly, Sleeping Pictures tries their luck with a atmospheric new wave/indie rock in "Hit the Deck", a song filled to the brim with very VERY prominent keyboards that are just a little too pretentious for its own good. To round things off, Jesus Couldn't Drum (what an awful band name) was supposedly regarded as the brightest hope in Lost Moment's roster at the time, being the only act allowed to contribute with two tracks. The semi-acoustic indie rock in "Growl Growl" is mostly passable, but "Apple Pie for Tea" is complete shambles, a bizarre sort of jokey number that is easily the worst track on the entire LP.

As above stated, most acts on this compilation had already released (or were about to release) individual items via Lost Moment, some with ongoing careers started many years previously, so it wasn't really a case of putting promising unsigned acts together in the first place. Nevertheless, it's worth pointing out that nearly all participants disappeared from the scene in a matter of two years or less, with some combos (such as the unlucky Orion) biting the dust just a few months after the album hit the shelves. As far as I'm aware, only Mex really lasted the distance, acting mostly as a (very obscure) studio project and unleashing some original numbers in as late as 2014. Jesus Couldn't Drum had a best-of CD out in the early 2000's, but kept quiet ever since, and I'm afraid that's pretty much it when it comes to (ahem) successful stories. "Colours of the Bastard Art!" is not as impossibly rare as other artifacts from the era, with a reasonable number of units known to have survived the years, but still I think that only the most unwavering NWOBHM collectors will really want to have it, no matter how relatively simple it is to locate a copy. 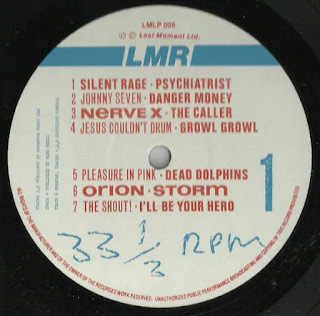 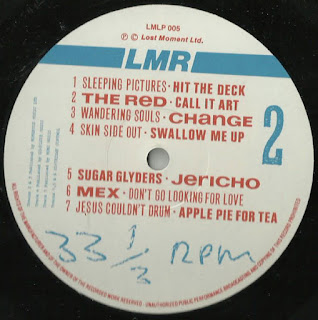 Have you been involved with any of the bands mentioned here? Have any extra info and/or corrections? Please e-mail me (drequon@gmail.com) and let me know!
Postado por Drequon às 09:33