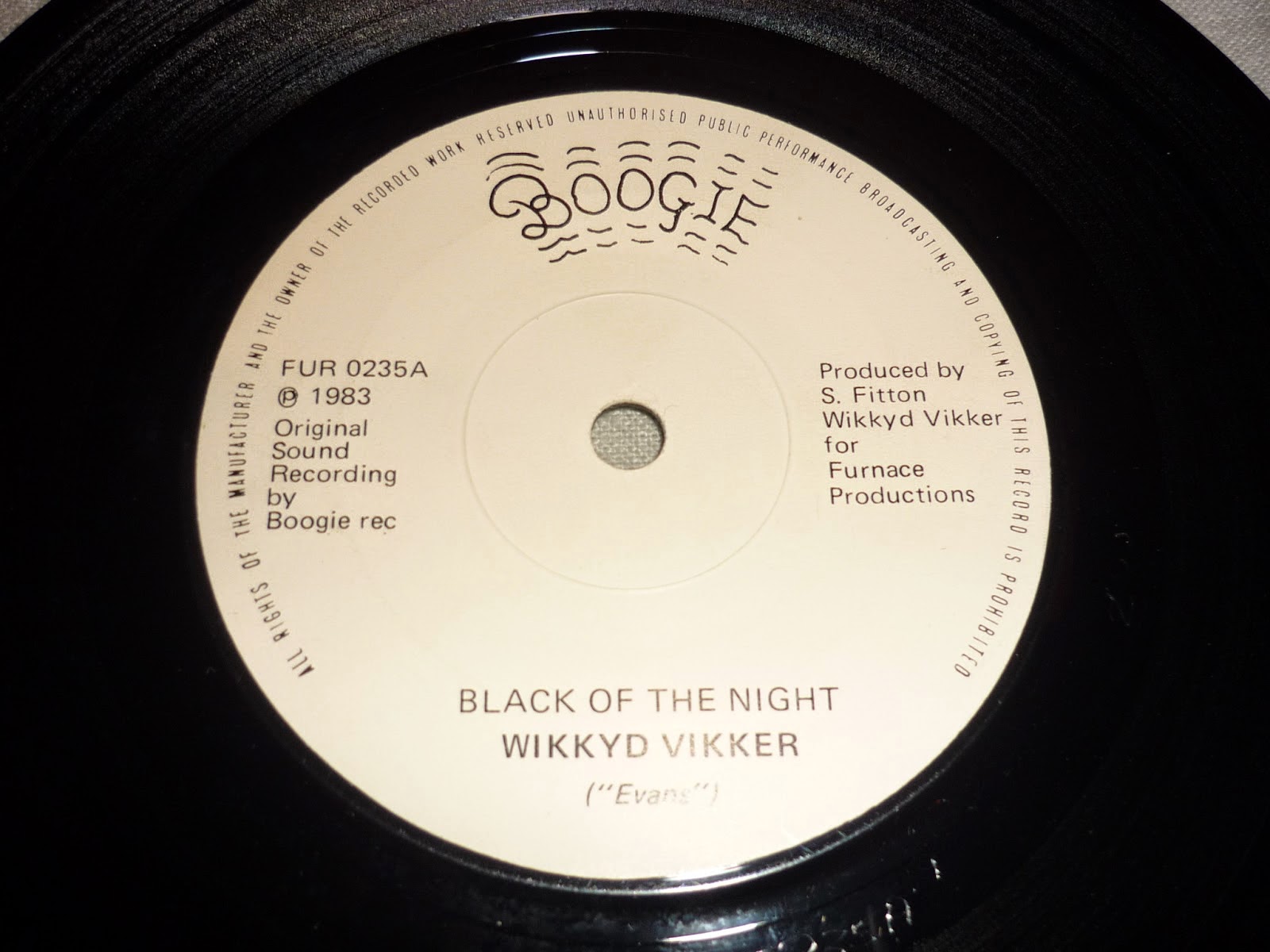 I must admit that intentionally-misspelled band names always give me the chills, and I'm usually not really symphatetic towards groups that choose to adopt such "funny" and "confrontative" epithets. But Leichestershire's (UK) Wikkyd Vikker somehow manages to survive their ill-conceived moniker and became a target of deserved praise from NWOBHM collectors, an adulation that their scarce vinyl legacy is more than enough to justify. Formed in 1981, the group was originally a four-piece with Dick Boorman (V), Gary Butler (G), Andy Harrison (B) and Adrian Bates (D), and it took less than a year before now-legendary Ebony Records offered the youngsters some much-needed studio time.

The first chance to listen to these hopefuls was "Super Rocker", a song included in a 1982 compilation called "Metallic Storm" (soon to be reviewed around here). Unfortunately, it didn't really show what the band was capable of, as it's a somewhat predictable heavy rocker like hundreds of contemporary groups could write without much effort. It was a wasted opportunity perhaps (and there was no contract talks with Ebony at any stage), but Wikkyd Vikker didn't spend much time dwelling on this mistake, expanding their act to a quintet by recruiting second guitarist Mark Evans - formely with Valhalla and one of those responsible for the "Lightning in the Sky" single from 1981. The newcomer pretty much took the songwriting duties all for himself, and it's fair to say that it was a considerable improvement, as their sole individual release (the "Black of the Night" 7'' from 1983) demonstrates quite well.

Both "Black of the Night" and "Release" are strongly connected to the NWOBHM sound and vision, being quite easy to ignore the glam-evoking monicker of the band and imagine the lads rocking hard at a small pub, all wearing their denim and leather outfits and banging their long-haired heads all over the place. I don't know about you, but it's sure a nice mental image for me! "Black of the Night" is the strongest of the pair, carried along by an ultra-NWOBHM riff that bands like Saxon and Dealer would sure enjoy calling their own and an astute song structure, coupling a simple-but-catchy chorus with a mellower mid-section soon to delve into a climatic (albeit very simple) instrumental part. Really good stuff to make any NWOBHM enthusiasts, well, even more enthusiastic than usual. "Release", on the other hand, is a considerably more restrained tune - the main riff screams NWOBHM in your face once again, but the song as a whole seems less intense and I really think Dick Boormann could (and should) have sung with a little more passion here. The backing vocals are a bit radio-friendly (not that such a small-run single would gain any airplay, you know), but the composition drags on for quite a while - something that does little to help matters, if you ask me. But don't get me wrong: "Release" is a good song as a whole. The sound production is fairly competent, the individual performances are all within the usual standards and this humble 7'' show Wikkyd Vikker in a very positive light most of the time. 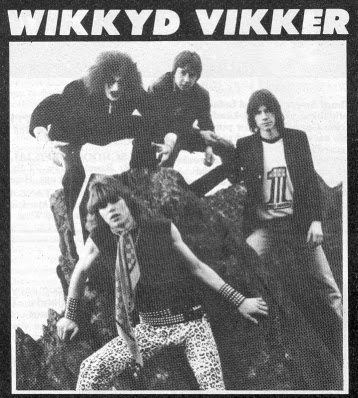 Unfortunately (but not surprisingly), Wikkyd Vikker (that chose to adopt the equally-hopeless name Pretty Wicked and a more glam-oriented outlook at the later stages of their existence) would not be around for much longer, being probably disbanded by the mid-80s. It is mentioned in some quarters that a second pressing of "Black of the Night" appeared sometime in 1984, under the Pretty Wicked guise and even with a picture sleeve - I sure wouldn't dismiss such a possibility, though I never saw such an item myself. None of the musicians involved seem to have kept plugging in after the band was over, any signs of further musical activity from them being impossible to locate - but efforts are being made to contact some of the long-time members of Wikkyd Vikker, so maybe we'll have some nice things to share in the near future.

Many thanks to Mega Watt Fanzine for the label picture!