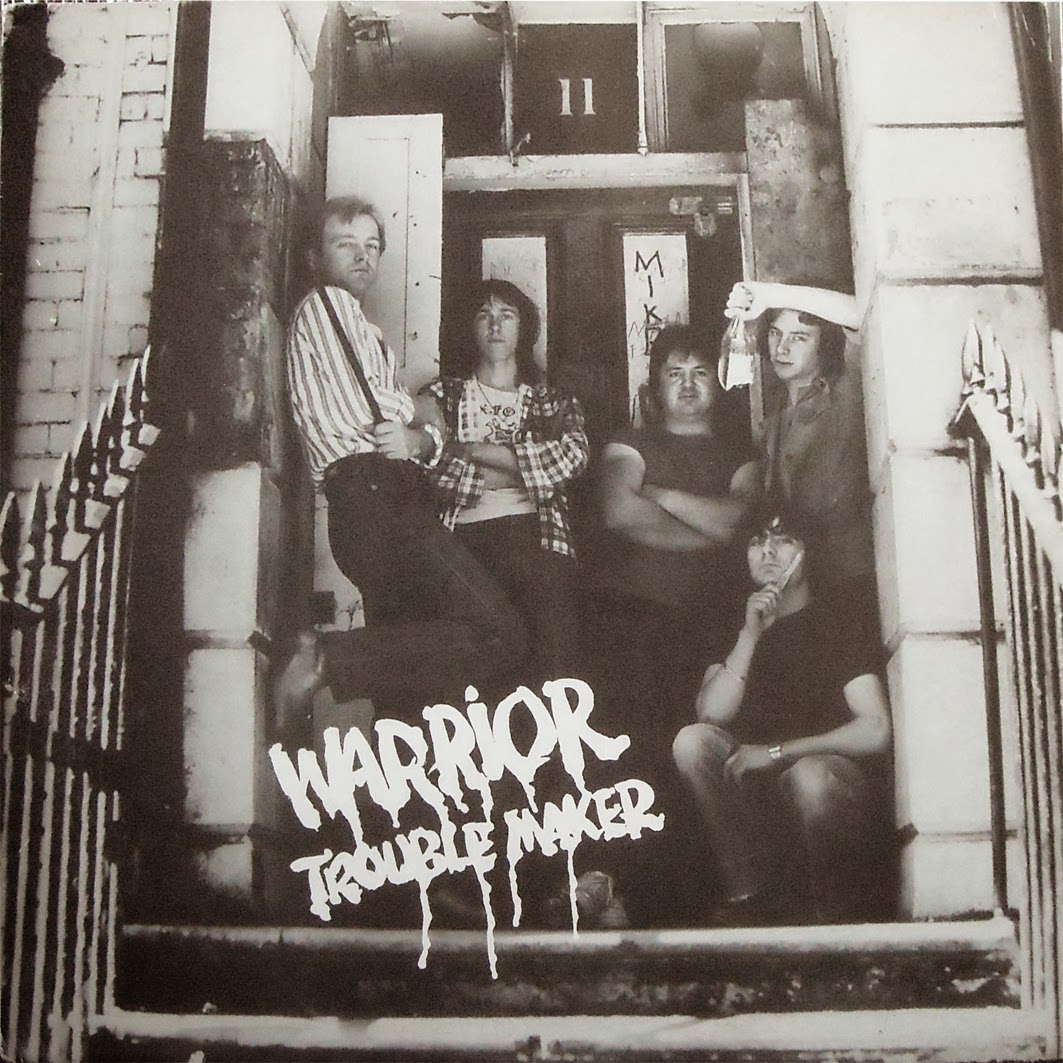 The most persevering NWOBHM collectors are well aware of a considerable number of British bands from the early 80s that chose to call themselves Warrior (not a very impressive choice in the first place, to be honest), a somewhat confusing fact at first but that managed to confound considerably less aficionados as information on the many different groups began to spread around. Curiously, one of the very first of such bands to reach the vinyl stage turned out to be one of the most obscure - and "Troublemaker", the LP released by the West Sussex (UK) Warrior sometime in 1980, is very seldom seen for sale nowadays, always at considerably high prices.

Although the record fits well enough into the NWOBHM archtype (always room for one more, I guess), don't go buying (or, more realistically, downloading) this LP expecting to get a jaw-dropping Heavy Metal assault of any kind. Getting straight to the point, I sincerely think we're in boogie/pub rock territory here, although some reasonably heavy riffing in places and the voice of Clive Murray (not a bad singer, BTW) are enough to keep us not too far from the NWOBHM avenue. The closest comparision here would be Vardis, I guess (songs like "Not You" could easily have been written by Steve Zodiac, you know), although they sometimes skid way too close of Soft Rock territory for comfort. The album opens with the title-track, a pretty respectable rocker which reminds me of Thin Lizzy in places (maybe "Bad Reputation" inspired the guys a bit, you know), but the following track "Can't You See" (a very generic boogie rocker with not many redeeming features) is much more representative of Warrior's direction of choice.

Most tracks here included are unlikely to cause any major surprises, being pretty basic in construction and execution (and with very generic lyrics too). Still, some songs are actually not that bad at all, and I can easily imagine a reasonable number of NWOBHM collectors enjoying tunes such as "Stay Away", "Hide Away" and "Give Me Your Love" (the three songs are consecutive on the album, incidentally). But I guess the same listeners would have a hard time trying to stomach songs like "Broken Heart" (prominent MOR keyboards here) and no less than three ballads - "Can't Stop Crying", "Isn't Life Lonely" and "Through For You", all very melancholic and whose miserable lyrics are not to be shown to low-spirited persons, seriously. Trying to make some sense out of this LP, I would say that "Troublemaker" are for those who don't mind that much about originality or musical challenges (and who would bother to locate such a rare item just for the sake of four or five songs, of course). These are the collectors most likely to offer Warrior's sole vinyl legacy a good place to call home.

Quite surprisingly, it seems that Warrior made a one-off reunion gig in 2010, with almost all musicians who recorded their sole LP. Given there was enough local demand for such a live performance, it's reasonable to think that Warrior enjoyed a fair bit of local adulation back in the day, which is always heart-warming if you ask me. Still, I suppose none of the musicians involved made much of a career for themselves after Warrior was no more, as there's virtually zero references to any other bands, but maybe some of them kept themselves busy in the small-pub circuit with cover bands or something. There are some hints of once guitarist Dave Cooper making a living as a show promoter and stage manager, but it's such a common name that I'm just not sure about that. Keyboardist Sev Lewkowicz (that seems to have been a guest musician rather than a proper member of the band), on the other hand, took part in a fair bit of recordings at the early 80s, incluiding Angel Witch's debut album, and also got involved with an unsucessful band called Duffo, who released a sole LP in 1981. Today, he works as a studio technician. Does anyone have any extra info on this particular Warrior? I may have sounded a bit too critical here, but I'm actually quite symphatetic towards their music and I would love to know more. If you can enlighten us, please kindly get in touch! 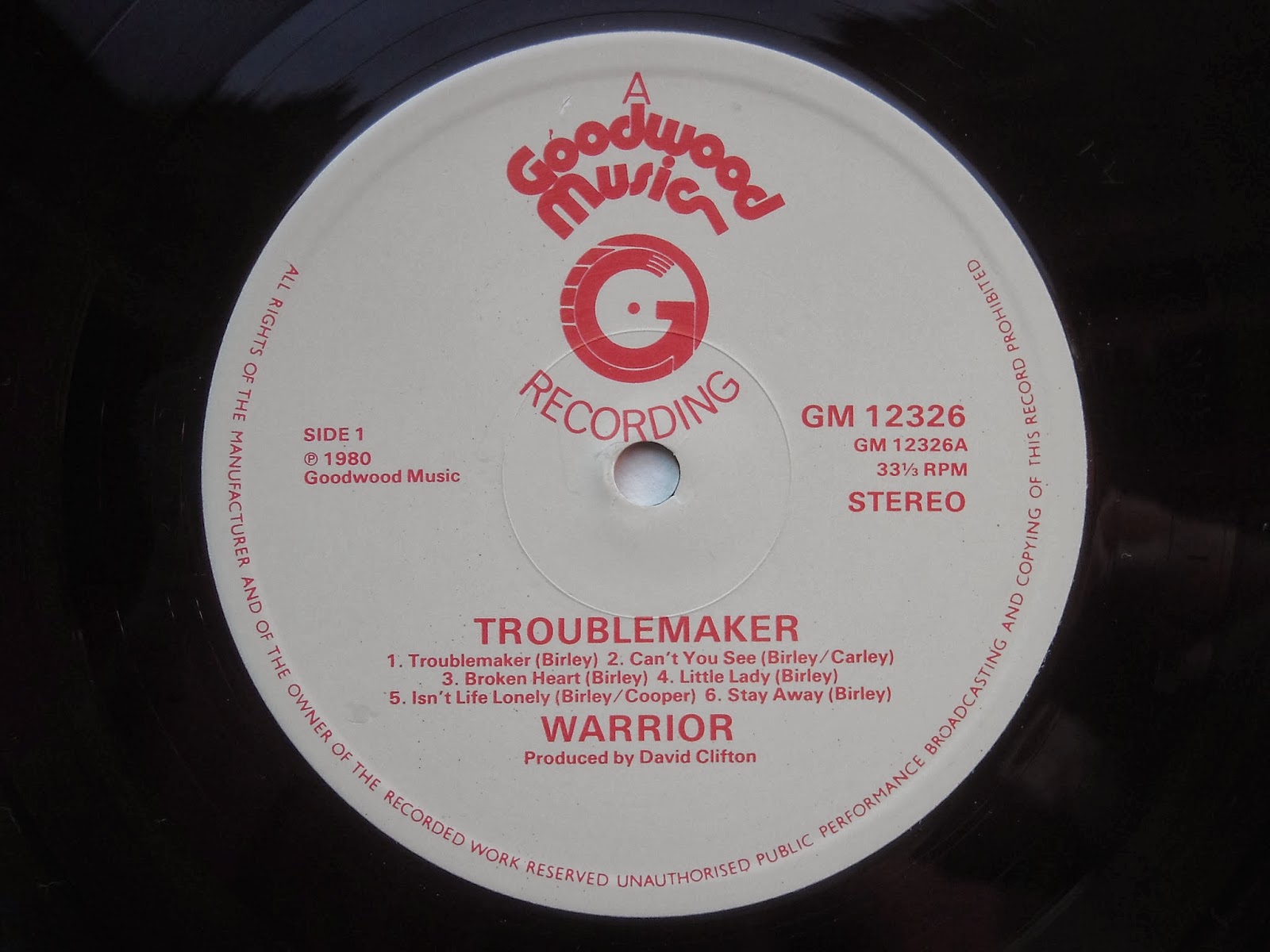 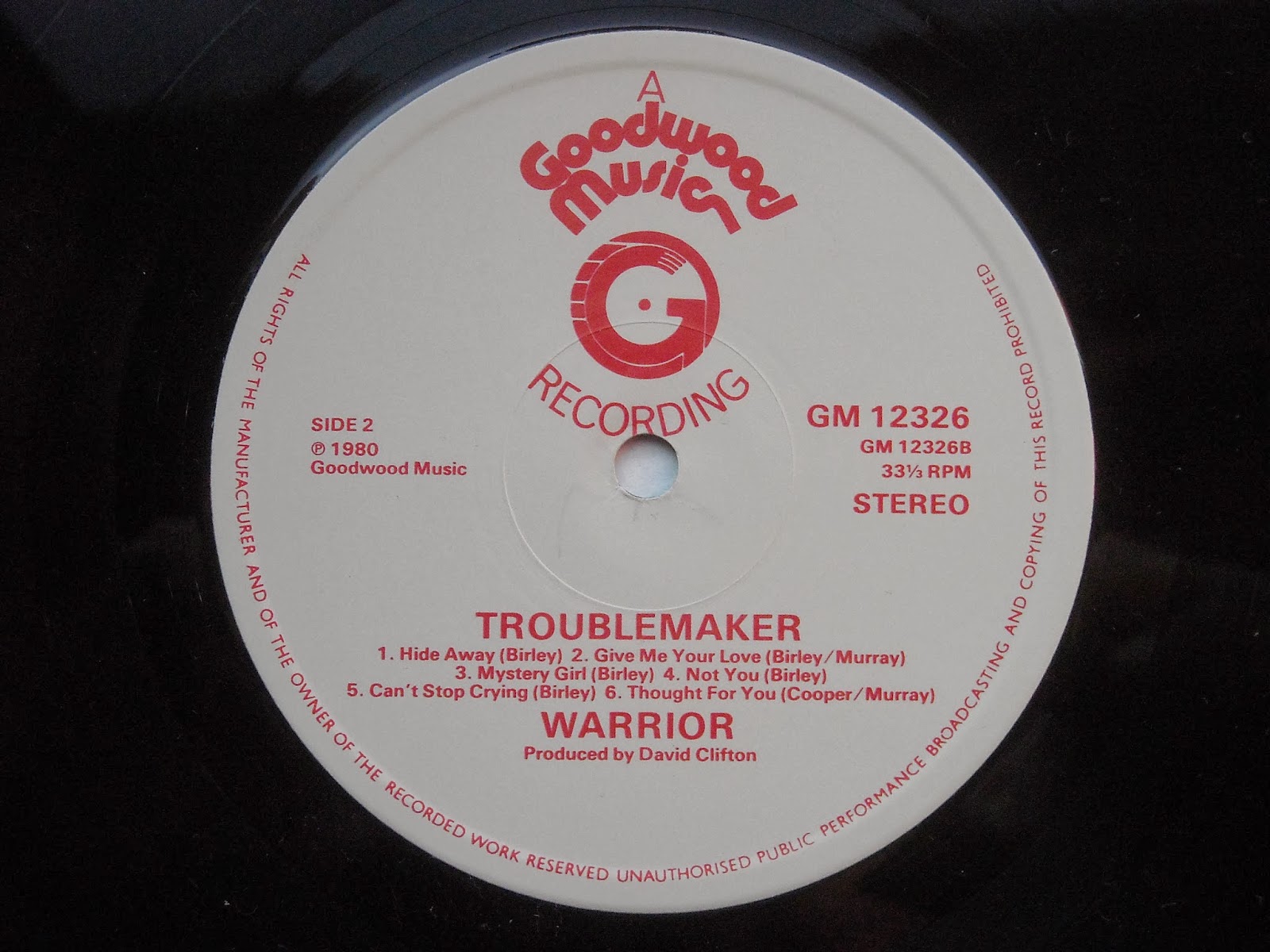 Million thanks to Heavy Metal Rarities Forum for mp3 files and picture scans!

Have you been involved with any of the bands mentioned here? Have any extra info and/or corrections? Please e-mail me at drequon@gmail.com and let me know!
Postado por Drequon às 16:54