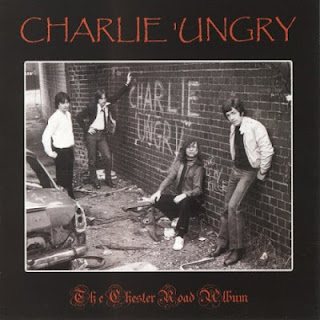 
Maybe it's because I listened to it quite a lot, but fact is I actually came to create a sensible sympathy for Charlie 'Ungry. Although far from being bashed or rejected, their "The Chester Road Album" compilation CD is not that well regarded among dedicated NWOBHM collectors, being widely considered as one for the completists. It's not that I completely disagree with this notion (let's be honest, their music is far from being archetypal NWOBHM and may be really unappealing for most die-hard metalheads), but I think they were a good band with a respectable repertoire, being able to craft some interesting - sometimes heavy, sometimes very individualistic - songs in their own right. Even though sometimes they lose the plot completely, I must add.

The humble begginings of Charlie 'Ungry date back to 1976, soon after the splits of Yellow Bird (who came as far as to release the "Attack Attack" single in 1974) and Scruff. From Yellow Bird came Jeff Gibbs (B) and Tony Sando (V), also the main songwriters in Charlie 'Ungry, and Scruff contributed with Steve Protheroe (G) and Andy Demetriou (D). They were hugely influenced by bands such as Led Zeppelin and Deep Purple, as they admit themselves in the booklet of this CD - but were also more than happy to embrace elements that would span from glam rock to psychedelic music, incluiding some Beatles-esque feelings here and there. Not a recipe for skull-crushing Heavy Metal, that's for sure, but nothing too objectionable either. Most of the songs were recorded in a single session in 1978, that would remain totally unreleased until early 1980, when they issued three of those songs ("House on Chester Road", "Preacher" and "Who's My Killer") in a self-financed 7'' EP. 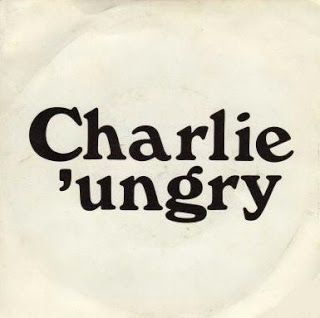 The timing was considerably right: although they never really planned to be part of any Heavy Metal renaissance in UK, the NWOBHM boom gave Charlie 'Ungry a new breath of life. The EP sold over 2000 copies and the band was an assiduous club presence in and around London, even opening for John Entwhistle's Rigor Mortis on occasion. Unfortunately, no record label offers were received, and Charlie 'Ungry started to lose heart. Steve Protheroe (G) left the band and went to play on the Dutch rock circuit, being replaced by Tony Nurse. They recorded two more songs in late 1980, purportedly for a 7'' single that never came out. Convinced that they were flogging a dead horse at the time, Charlie 'Ungry broke up in 1981, dropping into oblivion until the ressurgence of NWOBHM collecting scene in the late 90s.

"The Chester Road Album" compiles the full recordings from 1978 and the two songs from 1980, and this CD makes clear for everyone's ears that their association with NWOBHM was much more by chance than design, really. Several songs here have little or nothing to do with Heavy Metal - which is no tragedy at all, as they make quite a pleasant listen nonetheless. From the original 3-track EP, "Who's My Killer" would be the pick of the bunch - a good, heavy song with nice guitar work, although it almost loses direction completely halfway through in a pointless (albeit mercifully brief) interlude that just makes you wonder what the hell they were thinking, honestly. "House on Chester Road" is good too, an energetic rock'n'roll tune with a mellower, catchy chorus, whereas "Preacher" is a melancholical semi-folky song that comes and goes without leaving any lasting impression, to be honest. 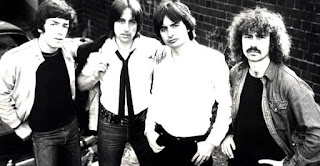 A nice thing about this band, in my opinion, is in the lyrics department: instead of the usual girls-booze-and-heavy-metal nonsense of most of their contemporaries, they more than once sing about personal experiences in a thoughtful manner, something that add a different dimension to many of their songs. My personal favorites, apart from the EP cuts, would be the truly excellent "Sometimes I Go Out of My Mind" (with a simple-yet-moving riff, strong chorus and an emotional feeling throughout), "Digby Rising" (a beautiful ballad with a melody that sticks to your mind for days), "Let it Ride" (a bass-driven, inventive rocker here) and, believe me or not, "Where Are You Now Christina" - a very dramatic ballad about a broken heart that has absolutely not a glimpse of Metal in it, but that I found to be really moving and memorable. I know many would fiercely beg to differ but oh well, I hope we can live through this, right? 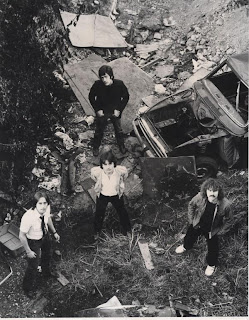 Sometimes they would surely go a little too far for their own good - "Memories", for example, starts like a pretty average glam-rocker and suddenly metamorphoses into a heavy, dynamic mid section that (although very interesting) is completely at odds with the rest of the song. They should have taken that heavy interlude and used it in a proper Heavy Metal song, if you ask me. On the other hand, "Try it Again" and "To Get Back Home" are predictable rockers that, although far from atrocious, will probably be forgotten immediately after the CD spinning is over. For those of you who expect to hear Heavy music, songs like the aforementioned "Who's My Killer", "Keep the Peace" and "We're Gonna Ride" may be much more your cup of tea. Whatever your taste is, though, "The Chester Road Album" will have something for you - so I would kindly suggest you to give it a few listens if you have the time. It may grow on you, believe me. 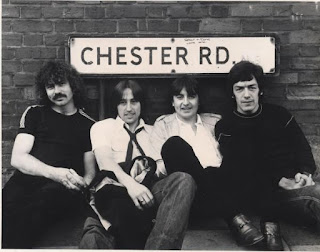