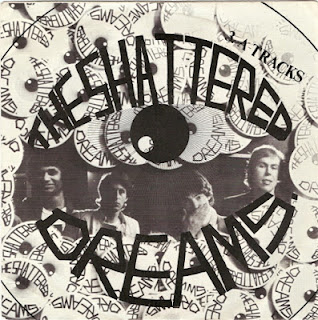 It's always tempting to describe a certain band's music by comparing it to another band - an expedient that, as easy as it may seem to be, sometimes can be truly misleading. But I must be honest with you people: the more I listen to The Shattered Dreams, the more they sound to my ears like a less furious and more rock-oriented version of Dead Kennedys. The tones of all instruments are similar, and Grant Wright's voice remind me of Jello Briafa a number of times - I can almost see all dedicated punk rock collectors throwing rotten eggs at me, but I can't help myself, sorry. Still, it's not archetypal punk rock / power pop what you'll get here - which is a good thing I guess. It's never bad to have a slightly unique approach to music, you know.

This seem to be the only vinyl offering of this british hopefuls, and there's not much info available about them apart from the bare details of band formation and songwriting credits. I first came to read about them while looking for some references on obscure NWOBHM bands - and a japanese website had a 30-sec audio clip of "Nothing Ventured Nothing Gained", which really sparked my imagination. Sure, it's not a HM band by any stretch, but it's not a bad band either, and the mp3 files I finally located after long search are more than enough to prove that.

From the 3 songs on display, "Nothing Ventured Nothing Gained" is the best one by far. Actually, it's a truly good song in its own right, with a driving rhythm and a good chorus enhanced by nice basslines and a reasonably well-crafted guitar solo. In fact (and even though it's not a complex effort by any means), it's a very accomplished song, something even a bit surprising if you have in mind just how obscure this band is. 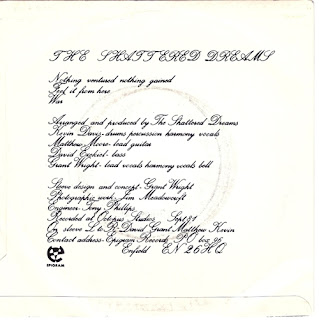 The other 2 songs of this EP are not in the same league, but we are miles away from any sort of musical disaster, fortunately. "Feel it From Here" is a typical punk rocker, but it turns out to be a very unspetacular piece of music. It's mercifully brief, fortunately, in a way that everything ends before it gets really annoying. The remaining song, "War", is markedly better - not as good as the opening number, but a pretty nice song nonetheless. It starts with a bell-ringing intro and soon turns into a heavy rocker with an interesting main riff and good ideas on the rhythm department. Actually, it's the closer we'll get to "heavy" territory in this slice of vinyl - no metal at all, of course, but you know what I mean.

All things considered, this "3-A Tracks" EP turns out victorious. It's unlikely that it will be ever-present in your sound system, but I reckon you will look to its awkward front cover and feel like listening to it every now and then. 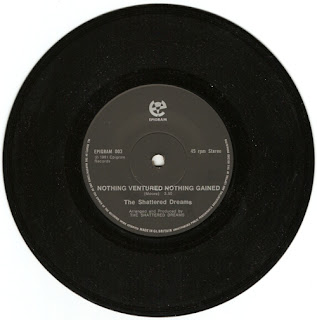 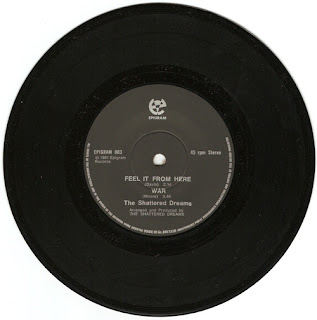 Special thanks to Killed By Death Records for scans and labels

Have you been involved with any of the bands mentioned here? Have any extra info and/or corrections? Please e-mail me at drequon@gmail.com and let me know!
Postado por Drequon às 20:43