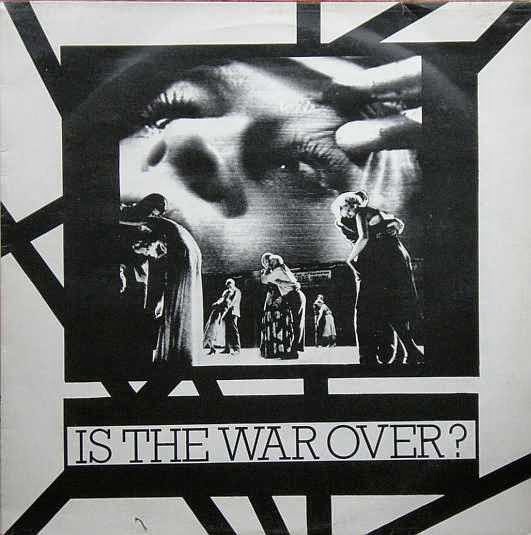 Although it never got anywhere near becoming a target for obsessive NWOBHM completist (and rightfully so), the "Is the War Over?" compilation released by Z Block Records in 1979 was always well-regarded amongst indie rock collectors, as it's the very first appearance of Young Marble Giants - a name that means little to nothing for most rock fans, but that rings a lot of bells for post-punk enthusiasts. This LP showcases eight bands from Cardiff (Wales), most of them operating in a New Wave style - you know, Joy Division was quite a great influence for new bands at the time I guess. Z Block was actually one of the very first independent rock labels in Wales, being arranged pretty much by the musicians themselves, all very commendable if you ask me. There's not much to make long-haired metalheads smile around here, but the musical contents are far from atrocious most of the time, so I think it's fair to drop a few lines about this generous 16-track LP, all bands allowed to use whatever recordings they wanted in a limit of 8 minutes each.

Addiction is a very basic punk rock band with juvenile vocals, opening the LP with pure youthful energy but pretty much nothing else. "Seek & Search" is perhaps the slightly better of the three (very brief) contributions here featured, with a tad more forceful guitar work and a let's-repeat-the-name-of-the-song chorus to match - and it's an almost ridiculously short tune (92 seconds and that's it), so it just don't have the time to become really annoying, which is somewhat fortunate if you ask me. "Stampede", on the other hand, sounds a bit more like typical Rock and Roll in a Rolling Stones vein, but it's a song that comes and goes without even getting close to cause a real impression, and "Violence" is such a predictable song that you can almost sing along to it at the very first listen, as there's absolute zero surprises going on (the basslines are mildly interesting though).

Mad Dog is the closer to Heavy Metal we'll get this time around, although they sure needed some time to hone their technical and songwriting skills. Both "Killer and "Someone Here Must Like Me" are pretty average boogie/rock numbers with a slightly more upbeat delivery than usual - a style that won favour with a fair ammount of bands those days, admitedly, but usually with more accomplished results. The opening riff of "Killer" is perhaps close enough to the usual NWOBHM ethos to justify a mention, but I think "Someone Here Must Like Me" is the most interesting song of the pair - the overall effect is maybe a bit too punky for its own good, but the chorus is better and the song seems more cohesive as a whole. Still, everything is very basic, with loads of enthusiasm but few original ideas going on, so the long pause in Mad Dog's career (they wouldn't release new vinyl material until 1985) was fortunate, as it gave the youngster the necessary time to mature.

I'm not sure that I can actually call Test to Destruction's "Passive" a song at all, as it sounds more like a complete beginner making his very first attempts to extract sounds from a synthetizer, while another individual mouths a few senseless phrases over it. Maybe they were trying to create an avant-garde industrial nightmare or something (and I'm sure some fans of Einstürzende Neubauten or Clock DVA would have this song in high regard as some sort of pioneer), but for me it's just plain nonsense, sorry about that. Following this yawn-inducing piece of ill-advised experimentation, Riotous Brothers closes Side One of this LP with a Punk/New Wave delivery pairing "Airey Neave" with the remarkably brief "No Justice" (82 seconds this time), both reminding me a bit of The Clash in their "Give 'Em Enough Rope" days (not quite as talented as the real thing, of course). The sound production is not good at all (the guitar seems like it was plugged straight into a home soundbox) but the compositions are decent, specially "Airey Neave" - a song that perhaps could appeal to some Rancid fans out there, if they would actually bother to search for such an obscure track in the first place. 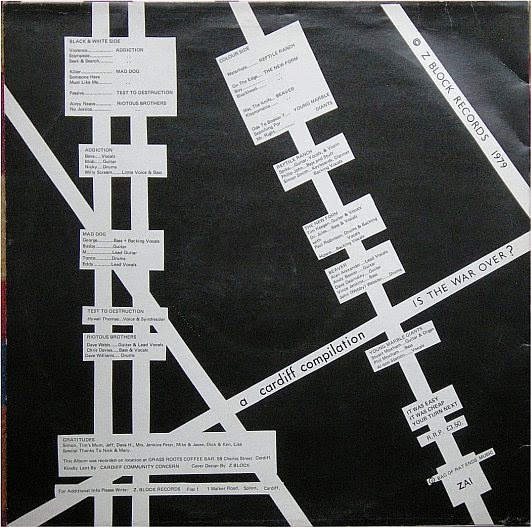 Opening Side Two of this LP we have Reptile Ranch, with a single contribution called "Waterhole". After a very confuse intro with a lot of audio effects, some feedback and a few violins (or something), we are confronted with a somewhat meditative post-punk tune without any drums (at least I can't hear any signs of percussion anywhere), carried along by noisy guitars and some Atari-videogame-style keyboards (yes, seriously). I'm not really sure what to think of this track to be honest: it sounds more like a pre-demo later to be augmented with proper instrumentation rather than a finished product, but the composition itself is passable as a whole. Next comes The New Form with no less than three songs in a very New Wave/Punk Rock vein once again. Of the three, I guess "Blockhead" is the most interesting, with a very direct approach and wacky lyrics that are actually good fun. Many modern-day punk rock bands would surely have a good time recording a cover version of this song, I suppose. "Boy" is a bit too simple for its own good if you ask me, but "On the Edge" (the closer to real New Wave territory here) has a slightly disturbing feel that deserves a mention, despite being a pretty basic composition with not a single drop of Heavy Metal trickled in.

I'm not sure what makes a bunch of musicians decide to adopt Beaver as a band name (perhaps pure youthful lack of criteria, who knows), but let's try to overlook this really hopeless choice and set our focus on the two songs they perform here. This is pure pub rock with not much in the sense of individuality or will to experiment, although both "Mack the Knife" (not that one, of course) and "Kleptomania" are perfectly listenable. I'm sure thay never really got a chance to make it big with such a predictable brand of music, but it's all very upbeat and enthusiastic, so let's not be too harsh on the lads, OK? If you're looking for comparisions, it reminds me a little of Speed Limit (as Malc MacMillan also says in his NWOBHM Encyclopedia) - a style of choice that probably worked to great effect at small clubs in Cardiff, but not enough to qualify them as real NWOBHM contenders at all. To close proceedings, the Young Marble Giants - a band that would actually make quite a name for themselves in the post-punk scene. This is the very first studio offering from the group, and the two tracks here featured ("Ode to Booker T." and "Searching for Mr. Right") are very individualistic indeed, with the sweet and plaintive voice of Alison Statton giving some nice nuances to a very basic, drum-machine oriented background. I'm not a huge fan, but I acknowledge their efforts to create a musical personality of their own and I suppose the cult status of Young Marble Giants is more than deserved. I wouldn't reccomend it to diehard metalheads, though.

Although most band included on "Is the War Over?" would unspectacularly plungle into oblivion soon after the LP was out, there's a fair percentage of (slightly) successful stories to be told this time around. The aforementioned Young Marble Giants are now indie heroes, their "Colossal Youth" LP being regarded as a post-punk classic, and Mad Dog would find a career for themselves during the later stages of the NWOBHM phenomenom, releasing an eponymous album as late as 1986 (soon to be reviewed around here, I hope). Addiction never achieved greater things, but there's an interesting biography to be read here, and Reptile Ranch released a couple of singles of their own before vanishing from the scene - guitarist Spike would later work with Alison Statton in two post-Young Marble Giants projects, namely Weekend and Spike (a band rather than a solo project, it seems). You can also learn about these projects in a website dedicated to Z Block Records' legacy. All things considered, I think it's fair to say that, compared to other compilations of the period, "Is The War Over?" was a reasonable success when it comes to give some hopefuls a chance to shine. Not one to give NWOBHM addicts some sleepless nights, but a fairly interesting compilation all the same. 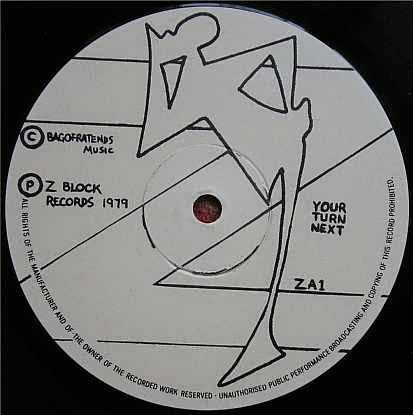 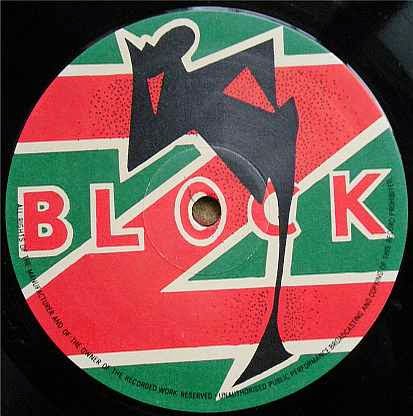 Extra thanks to Discogs for picture scans!