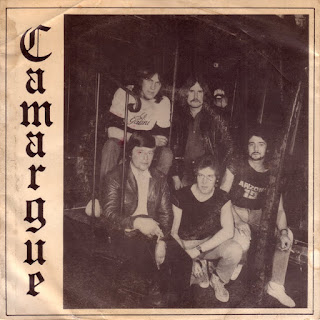 
If you want a bloody rare NWOBHM single, I'll give you one! Camargue's "Howl of the Pack" 7'' is a very elusive piece of vinyl these days, seldom appearing for sale and easily reaching three-figure numbers in every auction. And it was very obscure at the time if came out, too! Released in 1983 by the tiny Clubland label, it's the only known recording from this Lincolnshire bunch known to be functional since the very early 80s, although they never made any perceivable impact in the British Metal scene of those days.

"Howl of the Pack" is undeniably the most interesting thing here for Metal addicts. Carried along by a powerful performance from singer Charlie Bradley, this is a heavy, mid-paced number with a simple-yet-catchy rhythm and a memorable chorus. It has more than a feeling from the 70s, that's for sure, reminding me of bands such as Quartz and Paralex in that sense. I'm somewhat surprise to see how this song is in considerable low regard amongst NWOBHM aficionados, as it's actually a very good stab at heavy music - and it has a nice guitar solo too. Unfortunately, things went into a downward spiral with "Someone Just Like You", the flipside of this 7'' single - an extremely soppy ballad with a nearly oppressive wall of keyboard layers, a song completely at odds with the forceful A-side. I suppose the musicians wanted to show how versatile they could be, showcasing two different sides of their songwriting skills, which was all very understandable - but presenting such a mediocre and feather-weight song after a strong metallic tune such as "Howl of the Pack" surely didn't make Camargue's fate any favours whatsoever. 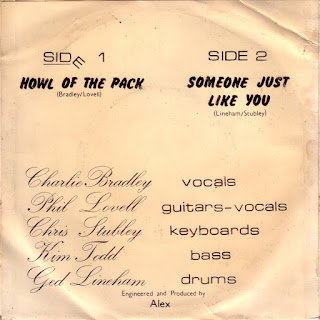 It's unfortunate (although not really surprising) that Camargue didn't last the distance, probably disbanding in the mid-80s. Guitarist Phil Lowell kept himself busy through the years, performing as a singer to groups such as Betty Swallox and the Back Street Blues Band. Since 1999 he sings and plays guitar and harmonica for an outfit called Gin House, playing mostly covers in a Rhythm'n'Blues vein. Drummer Ged Lineham lend his sticks to bands such as Monterey, Savage and Tokyo through the years, also helping the mighty Saxon in a few live dates in the late 90s. Nowadays, he is working with a progressive rock guitarist called Den Tietze and also recording some solo stuff. Keyboardist Chris Stubley also recorded with Den Tietze and performed as a session musician in a large number of recordings - the most interesting for us headbangers probably being Saxon's "Lionheart" album. I recently came to know that bassist Kim Todd is also active today, playing with a five-piece group called Autumn Storm. It's heartwarming to know that most musicians involved with Camargue managed to keep things going through the years, isn't it? I'll drink to that! 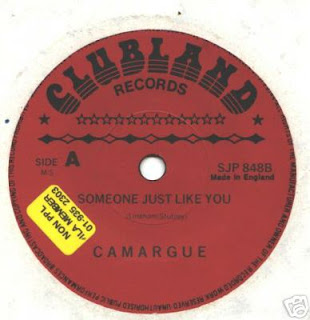 Special thanks to Strappado Metal Blog for picture sleeve scans!

Have you been involved with any of the bands mentioned here? Have any extra info and/or corrections? Please e-mail me at drequon@gmail.com and let me know!
Postado por Drequon às 17:54