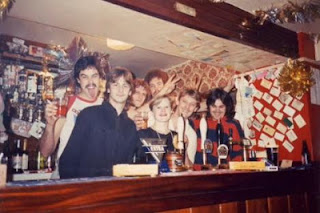 The good days of NWOBHM are seemingly inexhaustible when it comes to surprises. Sometimes, you will be confronted with extremely rare stuff from bands that, to be brutally honest, didn't really deserve much more than the oblivion they actually achieved; on other occasions, though, I find myself utterly shocked to just how damn good some obscurities were. This british Valkyrie - a band that had only one song ever pressed and whose known legacy features just four songs - is that kind of Heavy Metal combo who deserved way more than they actually managed to get.

There's not much info on Valkyrie really. They were from West Sussex, most probably from the city of Chichester, and were presumably doing the rounds since the very beggining of the 80's. Their first (and only) vinyl appearance came to be in 1981, via a local band compilation called "Seaside Rock" and released by Airship label. I suppose this early exposure was a bit useless though, as they were not just the only band to be allowed to contribute with a single song (all other groups featured with two tracks each), but also the only genuine Heavy Metal in a double-LP compilation... Undeterred, the lads persevered for quite a while longer (Malc McMillan, in his NWOBHM Encyclopedia, assumes they were active until the mid-80s), although with no further vinyl ever coming out, something that was a complete disgrace if you ask me. It seems that guitarist Graham Hutchason was the only member to take part in both recording sessions known at present, suggesting that the band suffered a complete reshuffle (maybe even reuniting after a split) from 1981 to 1983, when "Demo #1" (was it the first demo really or a mention to some sort of band rebirth?) was released. Efforts are being made to locate some of the lads and, if we suceed, I'm sure we will have plenty more details to report. Fingers crossed! 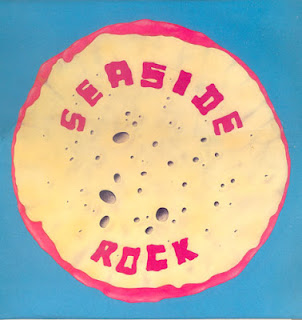 Undeniably their most known song (which is not to say much, I know, but you know what I mean), "Cradle to the Grave" is quite a nice piece of music - actually, it kicks ass. It opens in epic proportions: centered on a astute guitar tapping, the rhythm section works to create a growing atmosphere, helped by some synthetizers trying to emulate orchestra-like arrangements. It could sound a bit better, but it's quite impressive nonetheless. Then the song launches into a heavy assault with intense riffing and semi-demonic lyrics - and, after a few minutes, you will almost surely find yourself throwing shapes and raising the horns to this great song. The fact that it was issued only in such a nondescript local band compilation was, if truth be told, a complete disgrace - I'm entirely sure that it could (and should) have been the A-side of a killer 7'' single under different circumstances. Yeah, I like it THAT much! ^^

The other three songs I know from Valkyrie are from a demo from 1983, and they give us a better picture of how capable the band was. Although none of the songs displayed are as strong and memorable as "Cradle to the Grave", they surely deliver some good Heavy Metal here, in a forceful, energetic style which reminds me of Hollow Ground, Mythra and stuff like that. My favorite song would be "Warlords" (a strong number with a somewhat epic feel, despite being a fast-paced attack not too far from what we would later know as Power/Speed Metal), even though "Streetfighter" (not really surprising, but undeniably effective and with nice guitar solos) and "I Know Your Name" (a more hard-rocking song with nice riffing throughout) are also very enjoyable pieces of music. Not a single fault at all, and the instrumentation are very competent too, with singer Marc Hume showcasing a youthful and raunchy voice that fits like a glove to the material here featured. 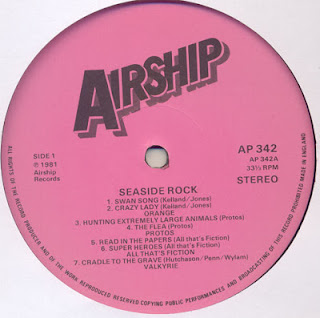 Excellent stuff really, and it's a shame that there's no prospect of a CD release in the foreseeable future, as far as I know. I mean, there's gotta be more stuff hidden out there - and Valkyrie surely deserves to be available in official format, the sooner the better. I had very elusive info about Mark Robothan (drummer at the "Cradle to the Grave" sessions) being later involved with a band called Thieves Kitchen, but that's it. If someone has any info to further enlighten us, I would wholeheartedly beg you to get in touch, as I REALLY would like to know more about Valkyrie and their excellent music. 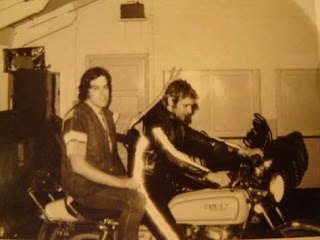 Extra mega-special thanks to Strappado Metal Blog for band photos and formation info!

Have you been involved with any of the bands mentioned here? Have any extra info and/or corrections? Please e-mail me at drequon@gmail.com and let me know!
Postado por Drequon às 18:25