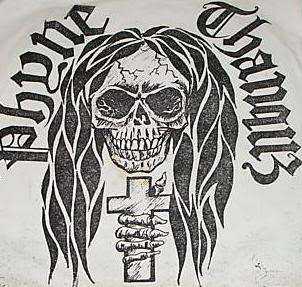 
This 7" single was some sort of NWOBHM mystery for many years. Everything people knew about Phyne Thanquz, apart from the bare details of the picture sleeve, was that they were from Edinburgh, Scotland. Nothing else. Even the release date was unknown; some people assumed it was from 1983, some speculating that it should be from an earlier date, even late 70's in some cases. The two-tracker had no band members listed, and the writing credits cited only a certain "Dr. Death", making things even more enigmatic.

It took some good years of research until NWOBHM aficionados could know a little bit more about Phyne Thanquz and its sole vinyl release. Today, it's a near consensus that it came out in 1982, and band members included vocalist/guitarist Stu Menalos ("Dr. Death", if you please), drummer Bryan Dods and keyboardist Amanda Hodge. There's still some blanks to be filled, but the mist of sheer mystery around "Into The Sun" single is not that thick anymore - also because it became reasonably easy to download it, so everyone interested can listen to the record and make their own minds about it. 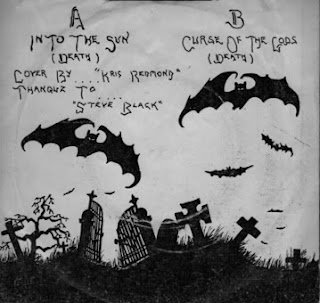 "Into the Sun" and "Curse of the Gods", the two songs on display, fit well enough into the NWOBHM boundaries, but are not an out-and-out Heavy Metal assault by any stretch, so don't be too excited with the fantastically metal-looking (and stupendously immature) picture sleeve. Their music has more than a pinch of 70's acid rock, and they probably weren't even trying to join NWOBHM bandwagon at all. The Keyboards are very proeminent, and the song structures are simple and direct, sometimes making me feel like I'm listening to a Heavy Metal version of The Damned - which is not a bad thing at all in my book, believe me. The production is very raw, and I get the distinct feeling that Phyne Thanquz's music would be much more favoured with a bigger recording budget. Both songs are good enough, my favorite being "Curse of the Gods" (a slightly heavier and guitar-oriented number), even though "Into The Sun" is pretty decent too.

It seems the band kept things going until 1985 at the very latest, playing a lot of gigs around Scotland - even with their own stage pyrotechniques, which I guess was very impressive  (and fortunately never set any small club on fire, as far as we know!). After Phyne Thanquz was history, some of the band members formed another venture called Dog, which released at least one demo at the mid-80s before vanishing into oblivion. Phyne Thanquz's sole vinyl release remains a very sought-after collectable these days, and deserves a bit of peer-to-peering from anyone who enjoys listening to a good old curio from time to time. 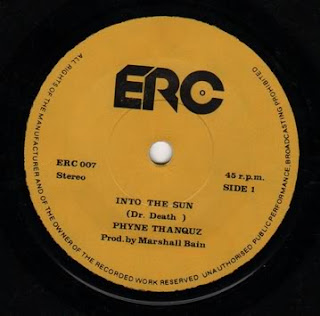 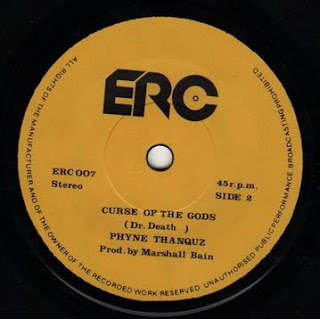 Special thanks to DIL32's Blog for label scans and additional info!

Have you been involved with any of the bands mentioned here? Have any extra info and/or corrections? Please e-mail me at drequon@gmail.com and let me know!
Postado por Drequon às 17:24