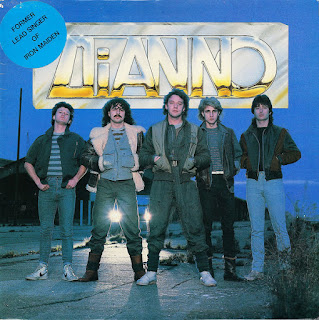 
The final decision of firing Paul Dianno from Iron Maiden, made public in the latter half of 1981, surely saddened and shocked a great proportion of fans, though it was hardly an unexpected development, if truth be stated. The much-loved frontman was (and, in a sense, still is) notorious for enjoying the rock and roll lifestyle without many reservations, and his more sober-blooded bandmates would no doubt tolerate it, to an extent. But, when Dianno started missing shows due to his unhealthy habits, the warning signs were too glaring to be ignored. Being clear for all involved that Maiden was a strong contender for worldwide stardom, unprofessional behavior should be kept out of the picture at all costs, and so poor Dianno was swiftly shown the door (though the man himself had implied on numerous occasions that it was him who decided to jump ship). As we all know by heart, Bruce Dickinson got the gig, Iron Maiden got huge, and Paul Dianno, well… Let’s say he kept things going, surviving through all the ups and (mostly) downs and presenting some interesting (if not always enjoyable) music along the way.

Dianno’s first attempt to find fame and fortune on his own started to take shape in the early months of 1982, when the singer recruited nearly all members from a small London outfit named Minas Tirith, plus guitarists John Wiggins (from the local underground heroes Deep Machine) and PJ Ward to form a six-piece to take England by storm, or something. Initially acting under the name Lonewolf, it’s fair to say that Dianno’s new venture created quite a buzz around themselves at first, playing many well-attended gigs and receiving quite an encouraging response to their newly-penned compositions. Sometime in 1983, the armed-and-ready group adopted the more distinctive Dianno moniker for good – hardly a staggeringly-original choice for sure, but everyone were treating them as the Paul Dianno’s band anyway, so there you have it. It was roughly round the same time that the band started to write an all-new set of compositions, dropping the hard-hitting early material in favor of a remarkably melodic, more accessible style…

Mind you, the fact that most responses to the “Dianno” LP (released by FM Records in the early part of 1984) drifted from less-than-enthusiastic to sheer derision should hardly surprise anyone, given that it’s really nowhere near the intense, dynamic approach of Iron Maiden. In fact, the vocalist and his cohorts made a conscious move towards AOR waters, with prominent use of keyboards, multi-layered backing vocals, drums that echo all over the place and all that. It was a much-vilified album by the time of its release, and I can’t see it receiving any major rehabilitation anytime in the future: let’s face it, it’s all dated as hell, and there’s precisely zero innovative and/or adventurous music going on, so it’s not like we’ve been missing out on a record ahead of its time or anything.

That all said, I would like to point out that the LP is actually not that bad, you know. Once you manage to dismiss the fact that it’s bloody Paul Dianno from Iron Maiden who’s singing on it, it can easily pass out as a decent record from reasonably talented musicians, trying their luck with a formula that was getting a mostly positive response from the rock community at the time. By the time the band entered the studio, John Wiggins was no longer around, but both Ward and new axeman Lee Slater do a very good job with the solos (not that their music really needed two guitarists, but nevermind). The keys (performed by Mark Venables) serve to far more purpose than simply sugar-coating the tracks, and bassist Kevin Browne does a commendable job too, with some interesting appearances here and there. Paul Dianno himself will never be ranked among the most technically-gifted singers in metal, but it’s always nice to hear his highly distinctive voice in full power, and he managed to deliver the goods in pretty respectable fashion as well. OK, most of the lyrics are pretty brain-dead to be honest, but I guess anyone who ever listened to more than a dozen metal records in life is well aware that sophisticated poetry was never the genre’s forte, so just don’t dwell too much on it and you’ll be fine. 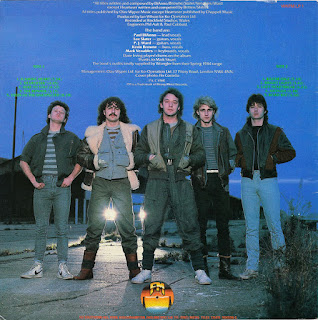 The album starts with “Flaming Heart”, a song that may become something of a guilty pleasure for many listeners: it’s all radio-friendly and silly, but it’s also a good deal of fun if you’re in a lighthearted mood. Next comes “Heartuser”, a bluesy tune that 80’s-era Whitesnake would not at all be ashamed to call their own, and following track “Here To Stay” is nothing too impressive, admittedly, but it has a nice instrumental interlude halfway through. Unfortunately, the nondescript “The Runner” paves the way for a number of unspectacular compositions (“Antigua”, “Bright Lights”, “Tales of the Unexpected” etc.) that add little to nothing to the album’s strengths. “Bright Lights”, in fact, even reminds me of none other than Gogmagog (not a personal favorite around here, you see), so all the dismissive never-took-any-of-these-songs-too-seriously talk from Paul Dianno should be taken with a pinch of salt if you ask me. Curiously, the LP regains some steam towards the end, with both “Road Rat” and “Lady Heartbreak” (two surviving songs from the Lonewolf days, incidentally) being very acceptable hard/heavy tunes with a fair bit of replay value.

Even with the tepid response to the LP, Dianno (the band) kept things going until at least the end of 1984, going as far as to recording (with much-traveled Frank Noon handling the drumsticks) a session for BBC’s “The Friday Rock Show” (broadcast on October 5th of that year) and even being captured for a live video (a mildly interesting watch if you’re as curious about NWOBHM as me, but don’t lose any sleep trying to locate a copy). They also released a Japan-only single, coupling “Flaming Heart” with a quite anodyne version to “Don’t Let Me Be Misunderstood” (yeah, that one), but you can easily live without it too unless you’re an obsessive completist. Despite their good efforts to regain momentum, Dianno were already fighting a losing battle by this stage, and mainman Paul Dianno decided to disband the whole venture in the early months of 1985. Few ever mourned the band’s passing, I’m afraid, but you can do far worse than buying a copy of this LP (it never received an official CD reissue, as far as I’m aware) if it’s offered at an inexpensive price. Some copies were issued in blue vinyl, and a fair number of sleeves have a sticker announcing the presence of an ex-Maiden stalwart on the record, but these variations should not justify any inflated numbers, as they're both not hard-to-find and/or particularly collectable.

Mark Venables and Kevin Browne would both have a stint with Airrace, but had little time to contribute to the band’s fortunes before it became history as well. The keyboardist now seems to enjoy a successful career as a journalist, while Browne kept a career in music with both engineering and the odd session work. There’s a certain Lee Slater playing guitar in Australia, and he also seems to have been doing the rounds in the UK in the past, but I would like to have more conclusive evidence before drawing any decisive connections here. As for Paul Dianno himself, he would soon be recruited by the infamous Jonathan King to briefly join the Gogmagog fiasco (already mentioned around here, and I’m not in the mood to revisit it for a second review, you see), but his fortunes would finally improve later in 1985 when Battlezone started to take shape. We’ll get to it eventually…

Very special thanks to Discogs for sleeve and label scans! 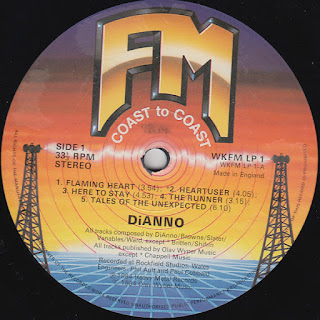 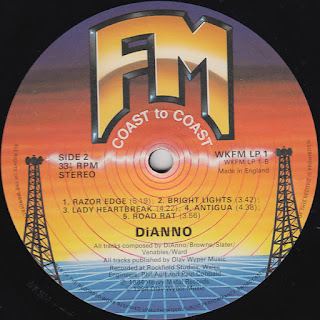 Have you been involved with any of the bands mentioned here? Have any extra info and/or corrections? Please e-mail me (drequon@gmail.com) and let me know!
Postado por Drequon às 16:39