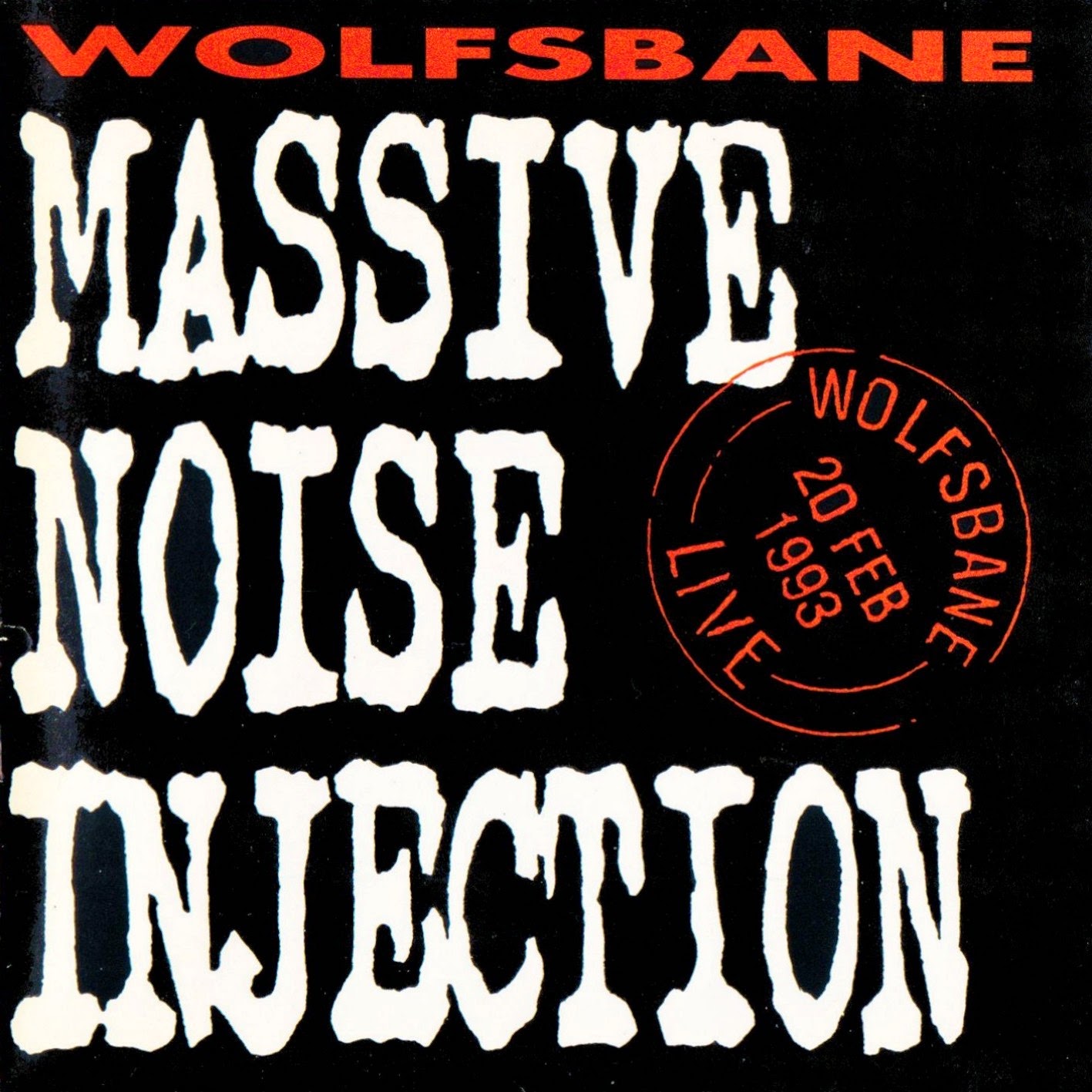 You don't need to be an Iron Maiden obsessive to know that singer Blaze Bayley was strutting his stuff with Wolfsbane before joining Steve Harris' army - and that such a choice was much less based on Blaze's singing abilities than on his stage presence during a tour that Maiden and Wolfsbane made together in 1990. "Massive Noise Injection" was recorded in 1993 and it captures a very special moment for the band - not only because it was a gig at the legendary Marquee Club of London (UK), but also because the band were just voted the best unsigned act of the previous year - quite an encouragement for a band that, despite being regarded as a promising act, were just dropped by previous label Def American. "With this single moment we slice the cancer of indifference from our lives forever", celebrates the band at the booklet notes, and it is indeed the feeling that emanates from this record: a band that refuses to concede defeat, determined to go from strenght to strenght.

Wolfsbane always felt at home playing an upbeat, straight-to-the-point mix of British Metal with punk rock, glam and alternative rock 'n' roll, and "Massive Noise Injection" presents their collective talents in no uncertain terms. And if their studio input never really captured the band at their best, this live recording shows for all to hear what the fuss was all about. The CD is as live as it gets, really: the rough edges are audible, the production keeps everything simple and there's an avalanche of energy coming out of every song. Blaze Bayley himself deserves a mention, as I seriously think he is at his best here: his voice fails him in places, his range is far from impressive, but he sings all these sex-drugs-and-rock'n'roll lyrics with such an effort and such a passion that it turns out to be really funny and extremely catchy. His stage banter is also priceless: he spends a lot of time threatening the audience ("put your fists in the air or I'm coming out there and fucking kill you" and stuff like that), but in such an irresponsible, good-spirited way that it only adds to the electrifying atmosphere.

I dare to say every single song here is better than the studio versions, and tunes like "End of the Century", "Manhunt", "Black Lagoon", "Steel", "Loco", "Money to Burn", "Kathy Wilson" and so on (really, I could mention the entire tracklist if I wanted to) were surely crafted to drive an audience wild. Speaking of those in attendance that night, I reckon they may have been not that many, but they sure are totally into it, singing along with the choruses and basically having a whole lotta fun. Wolfsbane have the audience at their mercy, and they give them no time to rest. I'm not even sure why Wolfsbane ever bothered to record studio offerings, as they were such a great live band that a live recording every couple years would be a much wiser move if you ask me. It's unfortunate that Blaze's departure, right after the releasing of Wolfsbane's best studio album ("Wolfsbane", from 1994), signalled the end of the line for the band, as they were undoubtedly a very talented bunch. Things are now full circle though, as Blaze (now a solo artist, as you sure know) reunited with his partners in crime and Wolfsbane is back for more. Heartwarming, for me at least. 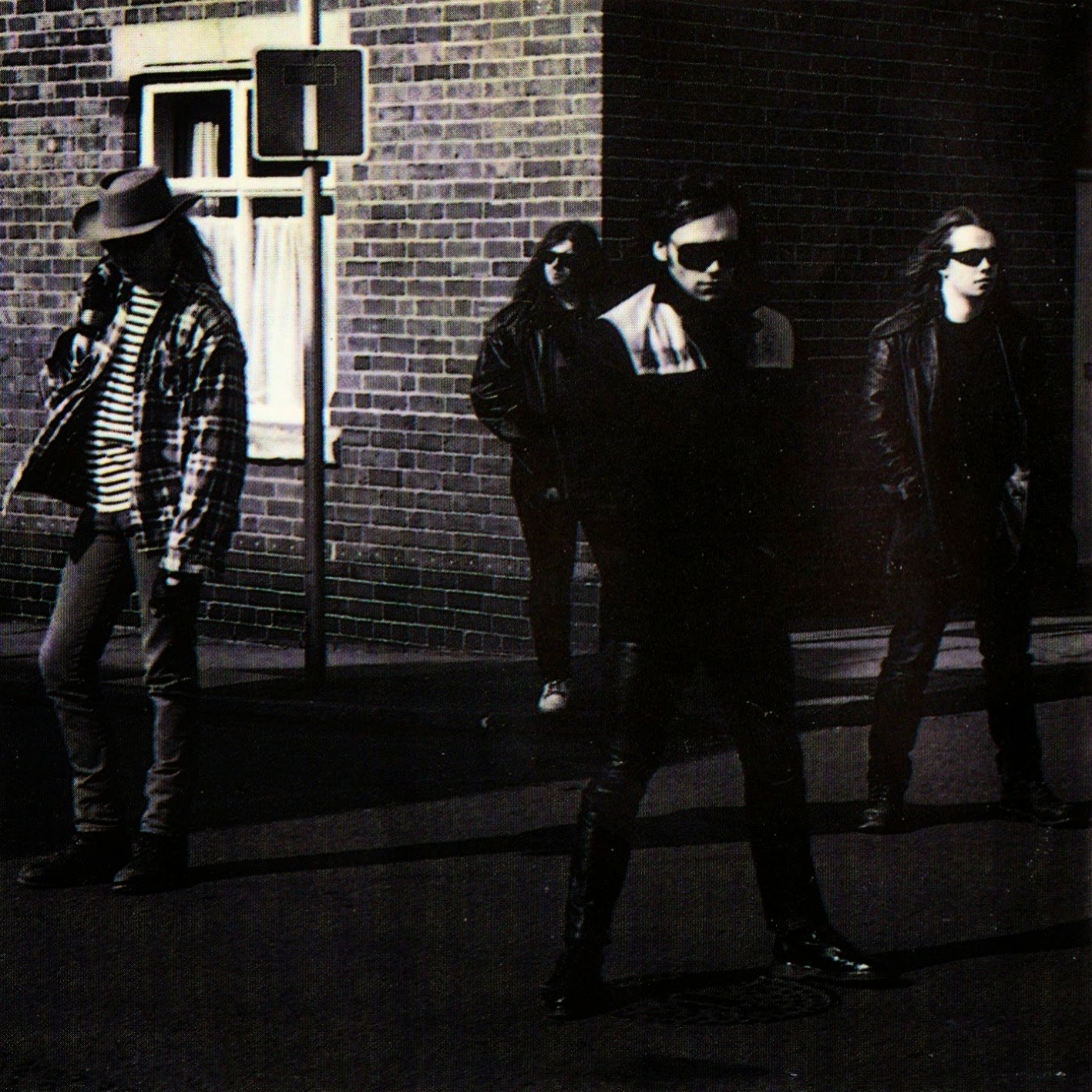 If you know nothing about Wolfsbane, this is the CD you should invest your money in, as you will hardly find a better picture of what the group used to be before Maiden come their way. Not an all-time classic perhaps, but if you're playing this one very loud with the lights turned out and still doesn't feel like being there that  night, well, you better seek medical help. Or else you can go fuck yourself, you fucking wanker (that's what Blaze would say, you know!).

Have you been involved with any of the bands mentioned here? Have any extra info and/or corrections? Please e-mail me at drequon@gmail.com and let me know!
Postado por Drequon às 08:05