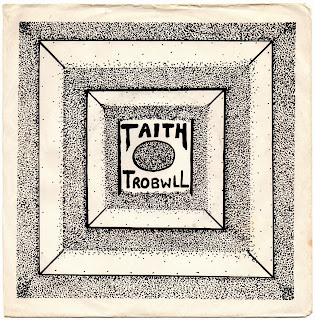 The amazing realm of Welsh-language rock music is never short on surprises. Most of the bands from the area are so enormously obscure that it becomes a struggle just to learn the bare details about a given release - and some singles are so elusive that it's better not to think too much about it, as the odds are stacked against us when it comes to have a chance to actually listen to it. That all said, sometimes luck is on our side - and it was awesome to finally get these very rare songs from Trobwll, a band that had quite an influence in the early 80s Welsh-language scene - although it seems they didn't really got that far in their own right.

Trobwll ("Vortex") was a going concern since the mid-70s or thereabouts, centered around the figure of Mr. Richard Morris, an enterprising individual who also ran a recording facility of its own (named Stiwdio's Bwthyn) where he produced many influent bands of the area, such as the reasonably successful Ellifant. Curiously, Trobwll's own songs were recorded somewhere else, so perhaps having his own studio was a later investment of him. Trobwll also had a very important role in the development of Crys (extensively reviewed around here), who decided to adopt Welsh (and leave behind their former guise as Salic Law) following a suggestion from Richard Morris and his cohorts. Trobwll seems to have had many different line-ups, with Richard Morris being the only constant member - and it's fair to assume he is the main creative force behind what we hear on this very unusual slice of vinyl - a conceptual 7'' single, no less, released on the funnily-named Buwch Hapus ("Happy Cow") label. 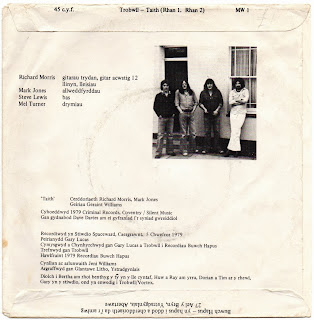 As most bands singing in Welsh at the time, Trobwll operates in a musical style which owes quite a lot to the local folk music, but also tries to mix it with some modern influences - prog rock and 70's Heavy Metal, in this particular case. The song "Taith" ("Journey") runs through both sides of the 7", the first movement ("Rhan 1") being the most interesting part of it by far. It's quite a good song, to be fair - not very heavy, but reasonably dynamic and with some interesting guitar work throughout. The keyboards are intense too, and the song as a whole qualifies as a pleasant listening experience for the most open-minded among you. The second part of "Taith" ("Rhan 2", that is) sounds a bit boring in comparision, as it's an instrumental piece which recycles many musical ideas from the first part without a great sense of cohesion or direction, in my humble opinion. There's a guitar solo trying to connect the whole thing, but I don't think it really works as planned, you know. It's not enough to pale the good impression of Rhan 1, but I guess Trobwll would have done considerably better by choosing to include some other song from their repertoire.

I'm not quite sure of when Trobwll actually ceased to exist, but I suppose they didn't went that far into the 80s, never releasing any other product of their own. Actually, I wouldn't be surprised if Trobwll was not much more than a side project from Richard Morris, something to vent his creativity in a gap between other music-related activities. This 7'' single became a very sought-after collectable for NWOBHM enthusiasts, but I reckon it's only in the periphery of the genre - the music is surely no skull-crushing Metal assault, being far more attuned with the 70s than anything else, and I guess there wasn't even an active Trobwll going on when the Metal explosion took place. Still, I guess there's a fair bit of talent and musicianship on "Taith" to justify a few respectful listens - I wouldn't pay obscene ammounts of money on it, mind you, but give it a place to call home if you have the chance to do it without bankrupting in the process. 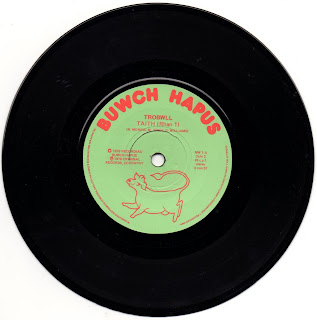 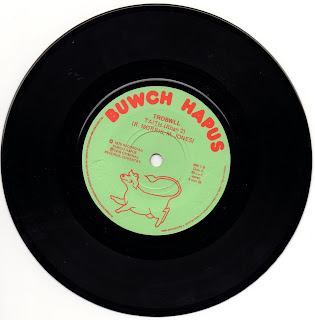 Million thanks to NWOBHM Knightmare for sound files and picture sleeve scans!