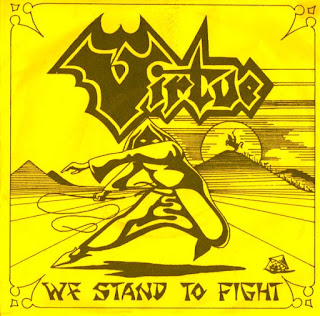 Now THAT is a band that should reform! As all of you NWOBHM addicts know far too well, Virtue's sole 7'' is a near-classic of the genre, a record that nearly all collectors seem to have in high regard - and very understandably so, I must gladly add. Both "We Stand to Fight" and "High Treason" are extremely enjoyable, well-crafted compositions in a heroic Power Metal style, bringing to my mind comparisons with (equally awesome) bands such as Iron Maiden, Elixir and early Tokyo Blade. Both songs are excellent neck-trauma-inducing preciosities, but I tend to like "We Stand to Fight" better, with their impressive twin-guitar riffing, powerful chorus and epic ending. All the lads play very well, and Mr. Tudor Sheldon was a hell of a singer with a bright future ahead of him. The picture sleeve is very nice too, and you will be doing a great move by adding this beauty to your Heavy Metal collection. I mean it!

Oh well, after such passionate accolades, I better give you all good people some historic insight, right? Brothers Tudor (V) and Matt Sheldon (G) were playing music since 1981 at least, but it wasn't until 1984 that the first incarnation of Virtue was operative, the lads being assessed by Adrian Metcalfe (G), Brian Reader (B) and Ian Lewington (D). They came as far as to release a demo in the same year, called "Virtue-Defenders". But, according to Malc McMillan's stunning NWOBHM Encyclopedia, this early offering didn't make into any wider circulation - mostly because of the members themselves, who felt the low-budget recording and ramshackle production would be detrimental to their cause. Almost immediately, the band was dissolved - just to be resurrected the following year, with Tudor and Matt recruiting Boz Beast (G), Darren Prothero (B) and Simon Walters (D) to help their cause. After some small club appearances and with a revised repertoire, Virtue would release its sole vinyl souvenir in 1985 - helped by a very enterprising individual who, after hearing the songs, decided to assemble a full label (Other Records, that is) just so he could take full responsibility for pressing and distributing the whole thing. Someone who knew what good music was as soon as he listened to it, if you ask me. 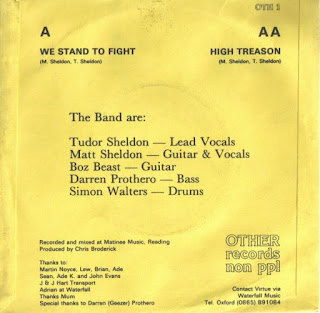 Their 7'' single was a respectable success, enough to secure a second pressing, and a lot of copies were mailed to record companies, generating interest from none other than EMI, who were (and still is) the home of Iron Maiden at the time. Unfortunately, the major label decided not to offer Virtue a contract (and just imagine how different things would have been if they did!), and the group went back to the independent releases, recording three songs for an EP to be issued in Hatchet Records at early 1987. Unluckly, it was never properly released on vinyl, appearing only in tape format as a demo called "Fool's Gold".

This new batch of compositions show Virtue not only to maintain their musical edge, but also to expand it in places. The title-track is impressive, its grandiose opening leading to a fast-guitar assault that makes the headbanging almost mandatory. It's a widespread notion that they were toying with Thrash Metal at the time - but although some perceivable hints (especially within the excellent "Seek and Destroy"), I guess they were still more Power Metal (and a very powerful one, indeed) than anything else. The instrumentation is top-notch, with great singing from Tudor Sheldon and a really impressive guitar display, "Hideaway" being specially outstanding in that aspect. It's a HUGE shame that such good songs didn't made it into vinyl, as the planned EP would have been kick-ass  and would surely consolidate Virtue as one of the most serious contenders in british's Metal scene at the time. 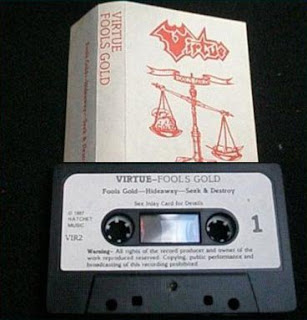 Unfortunately, "Fool's Gold" was Virtue's swansong, rather than the major liftoff it should have been. Around 1988, the band was no more, with only Matt Sheldon staying in the music business at first, lending his services to minor acts such as Transmit This and Roundhouse. In the early 90's, he was joined by his mate Boz Beast (now Boz Bozlee) in Shock Tactics, later renamed as The Shock and that went as far as to release two CDs ("Against the World" and "Pinultimate") towards the end of the decade. They were even joined by bassist Bob Duffy, who enjoyed a brief spell with Virtue itself at the very end of the band's existence. I think it's also worth noting that The Shock's singer Martin Barclay came to be involved with TV show "Stars in Your Eyes", trying to emulate Jon Bon Jovi (I kid you not, my friends) and subsequently had huge complications with the Law regarding illegal pornography, spending some time behind bars.  Nowadays, though, The Shock is hibernant, with Matt Sheldon keeping a very low profile when it comes to music. Time for us to make some real pressure and convince him to bring the mighty Virtue back to life, isn't it? Man, what a killer CD/LP it would be! Maybe the good guys at High Roller Records will be able to persuade him? Fingers crossed! 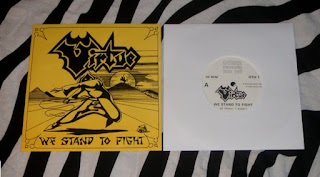 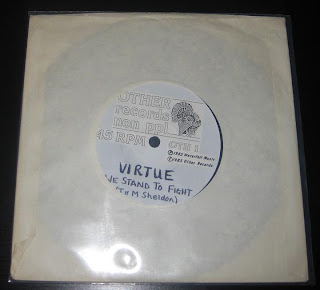 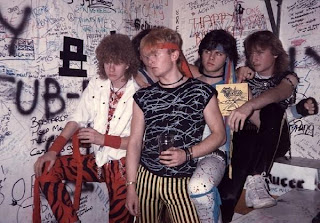 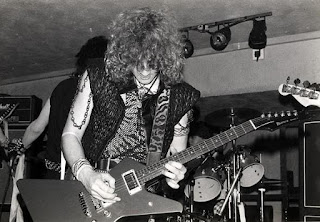 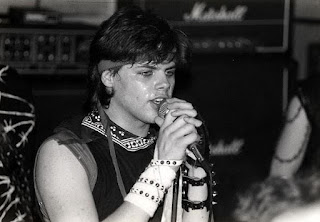 Have you been involved with any of the bands mentioned here? Have any extra info and/or corrections? Please e-mail me at drequon@gmail.com and let me know!
Postado por Drequon às 10:02