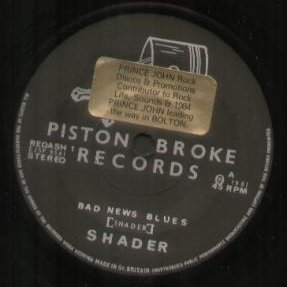 This hard-working band from London were doing the rounds since the second half of the 70s, playing a musical style that came to be associated with NWOBHM in later years, though it was actually not much of the sort. The music contained in this slice of vinyl (the only officially released by the group) are much more in a blues/rock vein with generous concessions to boogie, a music style not too far from what good people from England use to call Biker Rock. They released this 7'' (never housed in a picture sleeve) in 1981, when they already had four or five years of experience in the neverending road of small-club circuit - and that's too bad that, after such dedication, they couldn't release something more confident or individualistic.

Don't get me wrong: "Bad News Blues" and "Banging Like a Shit House Door", the two songs on display, are not the kind of thing that will make you feel like giving up on music or anything like that. I have heard FAR worse, at least. It's all pretty good-hearted and inoffensive, with simple riffing and some reasonable attempts for sing-along choruses - though they turn out to be forgotten soon after the listening is over, which is to say that they were not exactly successful on being singed along, but oh well. The really bad thing here is that the production is irritatingly poor, even committing some unacceptable mistakes such as failing to fully synchronize the twin-guitar melodies on "Bad News Blues". Once I realized the guitars were not playing together at all, this knowledge annoyed me so much that it ruined the whole listening experience. Not that anything else sounds good in it, but this bad mixing really highlights the precariousness of the whole production.

"Banging Like a Shit House Door", unfortunately, doesn't make things any better - as it is an unspectacular song with an equally ramshackle production, and it even showcases an inexplicable drum solo to make things even more awkward. The drumming starts, drags along for quite a while without any tangible reason until the chorus reappears - and just when you think it's finally over, God knows why, the drum solo is back again, albeit mercifully brief. Well, it's something I will surely remember when the name Shader comes to my mind, so it's mission accomplished in a sense, I suppose. Good try, lads, and please don't hate me, but this single just didn't stood well the test of time, sorry. Maybe you could have done better under different circumstances, who knows? Curiously, a third song called "The Pimp" would be included on this release,but it was dropped at the last minute, apparently because of the groove constraints of the 7'' format. 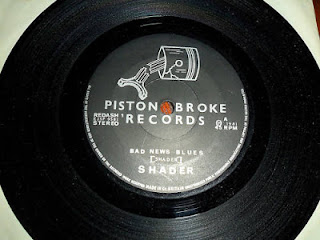 Shader were seemingly over less than a year after this private single was released, which is not to say that these struggling musicians just gave up on playing rock. Three of the lads (namely bassist Terry Goillau, guitarist Richard Wright and drummer Paul Bentley) acted as a back-up band for a female singer called Reavell Forman, a musical adventure that delivered a single release (called "High Energy Flow" and named as Reavell Forman and the Lads) and performed a handful of shows before disappearing in the mid-80s. Later, these three nice chaps went to form another band called Romeo Error, which never came to release any material of their own, I suppose, which is a bit of a shame. Shader's singer George Whitter, on the other hand, formed a whole new venture called Bad Blood, later renamed as Bloodshot Eyes and that went as far as to release a full album called "On My Knees" - which, quite bizarrely, included many songs taken directly from Shader demos. Never heard the album in my life (and I would like to, so if you can help me, get in touch!), but it was the swansong of Mr. Whitter's musical career, or so it seems, as his name is not linked to any other releases I came to know about. 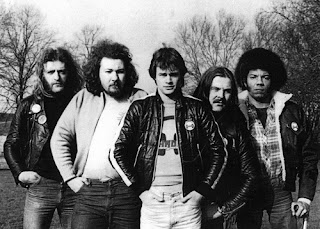 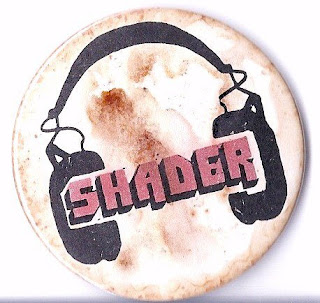 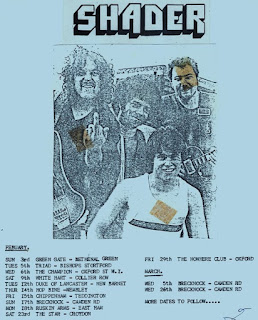 Have you been involved with any of the bands mentioned here? Have any extra info and/or corrections? Please e-mail me at drequon@gmail.com and let me know!
Postado por Drequon às 19:12