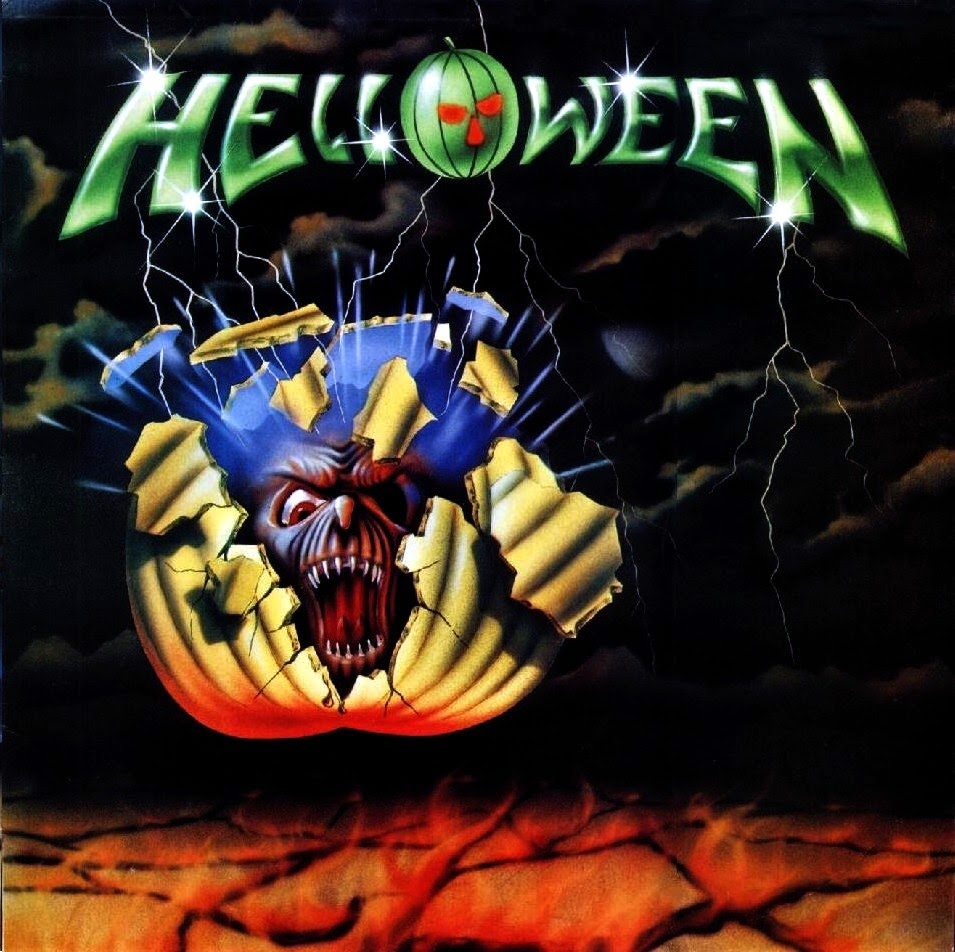 The march of the German pumpkin towards world domination had a somewhat underwhelming start, if we're to be really strict around here. Helloween's input to "Death Metal" compilation in 1984 reached almost legendary status as the years passed by, but the two contributions from the band are far from spectacular: "Oersnt of Life" is full of energy, but suffers from a not-very-solid song structure, while "Metal Invaders" sounds way less impressive than it would be two years later in the "Walls of Jericho" LP. Still, Noise considered there was a fair bit of mileage to get from signing the group, and Helloween were allowed to record some more tracks for the purposes of an EP.

"Helloween" (the mini-album, that is) brings more promises than affirmations to the table, that's for sure, but there's more than enough elements to prove that Noise had done the right thing. If any casual listener presses the play button waiting for some typical melodic power metal to come out of the speakers, I warn you that it's not going to be the case. It was a time when another subgenre - speed metal - was defining its own boundaries, and Helloween made a decisive contribution to it way before the "Keepers" were even an idea to toy with. This speedy input is particularly clear when you listen to "Victim of Fate", where the guitars of Kai Hansen and Michael Weikath show off with almost arrogant dexterity, but also with youthful enthusiasm and energy. When it comes to the instrumental parts of this song, being fast is almost a predicate in itself - and still they keep themselves miles away from overplaying it, as the sense of melody creates one hook after another for great effect. That was, still in development, the strongest side of Helloween: their ability to be very dynamic without ever losing the emotional connection with the listener. From all their earlier efforts, "Victim of Fate" (despite the really cheesy atmospheric section in the middle) illustrates it in the most effective way.

"Murderer" is another song that helped forging European speed metal, with ultra-fast picking and a relentless drive that just never takes a breath - you know, playing drums as intense as Ingo Schwichtenberg used to do is still a challenge, even for the most respectable drummers out there. "Starlight" is also good, but it clearly points to a different direction, more akin with what would later become the trademark sound of Helloween. Though as fast as anyone would expect, it is more of a typical heavy metal song than the others, perhaps like an early Iron Maiden tune recorded on a tape that runs a bit faster than it should. Besides, the intro also shows the band's inclination to humor, being perhaps the very first manifestation of the "happy happy Helloween" spirit. Even though, to be point-blank honest, it's only funny the first time around: after repeated listens, you'll be wishing you could just skip the nonsense straight to the song. 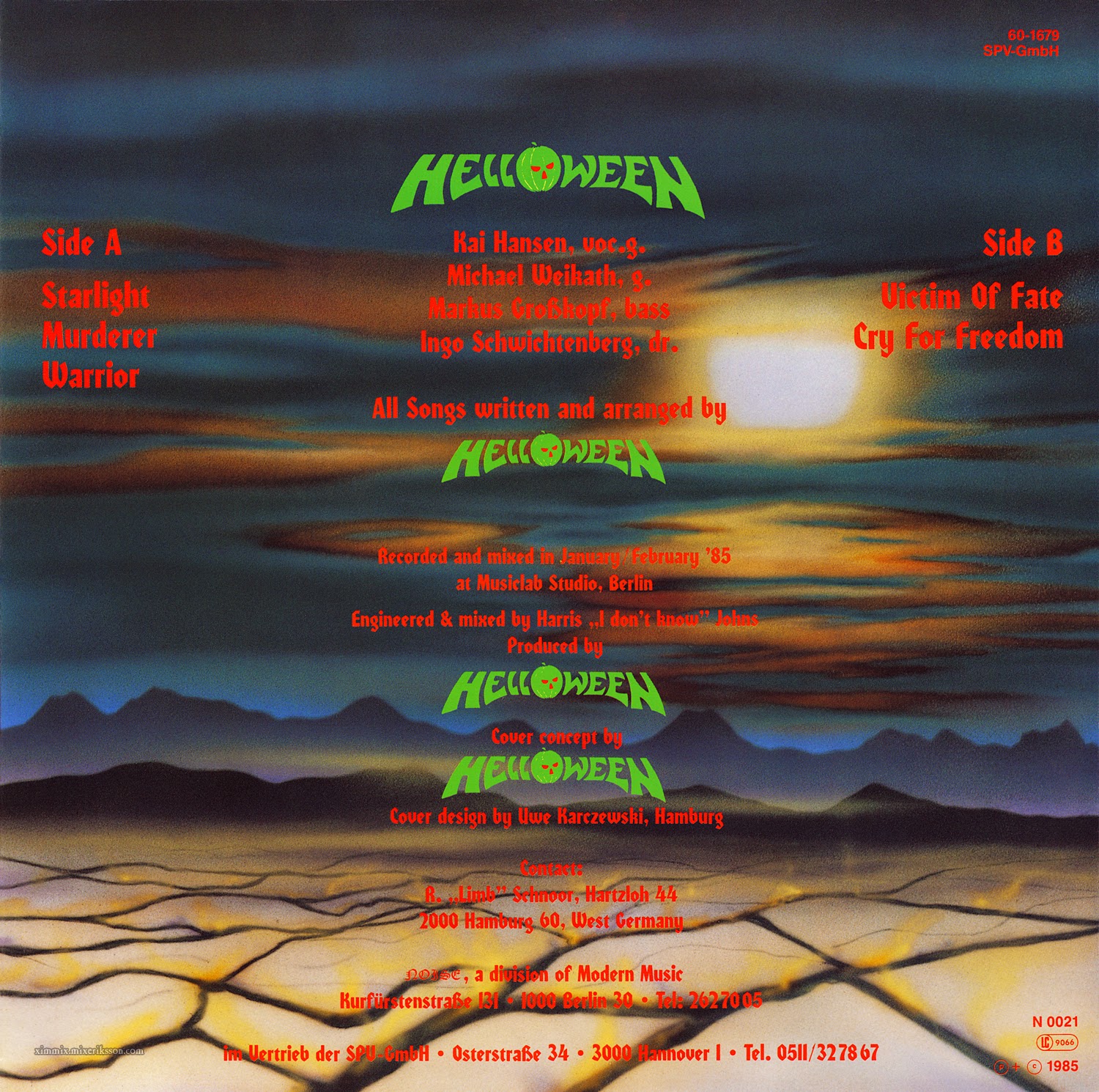 The instrumentation is faultless, as stated above, and Kai Hansen's singing, though highly unpolished and sometimes a bit too raspy for comfort, fits the songs quite nicely most of the time. But it's fair to say that Helloween still had edges to iron out. "Warrior", for instance, is an unspectacular song with a weak chorus that really ruins the listening experience - and the uneven mixing of acoustic parts, fast (but aimless) instrumentation and less-than-impressive choirs in "Cry for Freedom" is almost laughable in places, easily one of the less accomplished songs from the entire Helloween's repertoire. Still, what we have here is a beast taking shape, soon to fulfill its many promises to the bitter end (that is fortunately yet to come, as you all know). Not only a must-have for dedicated Helloween fans, this EP is also a relevant listen for anyone who wants to understand the development of European metal as a whole.

Have you been involved with any of the bands mentioned here? Have any extra info and/or corrections? Please e-mail me at drequon@gmail.com and let me know!
Postado por Drequon às 21:37